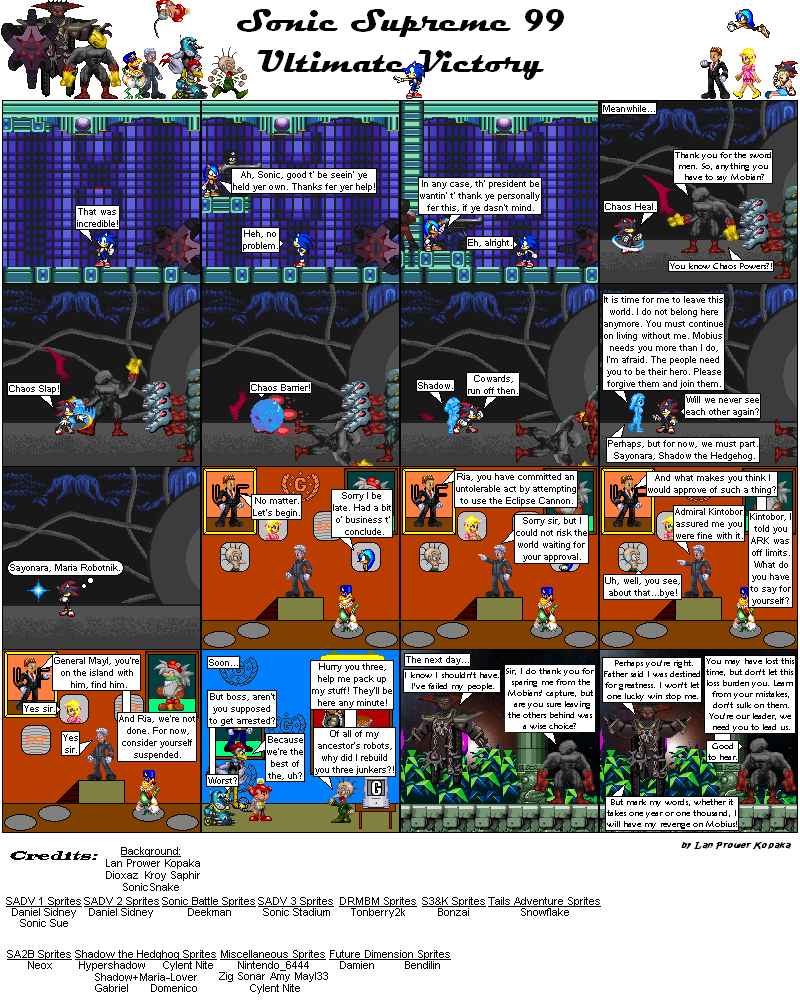 We're almost there! One more to my own ultimate victory! :D Speaking of which, looks like Shadow and Sonic have achieved their own, and now each have a new agenda to take on. What will we see come of it in the next issue?

Anyway, before we finish up here, a few things to note. This is the last we'll be seeing of Black Doom II in Sonic Supreme, but if you've been a regular reader, you know he'll be back again in 1000 years. ;) The Black Arms in general are gone for now, and any remaining renegades will be arrested eventually, like Future Doom here is.

Speaking of getting arrested though, it seems Snively doesn't want to be! He's still got those three dumbbots with him, and it's pretty safe to say he's no longer holding his admiral title after this. Ria is in trouble as well, but we'll get into his issues when the time is right.