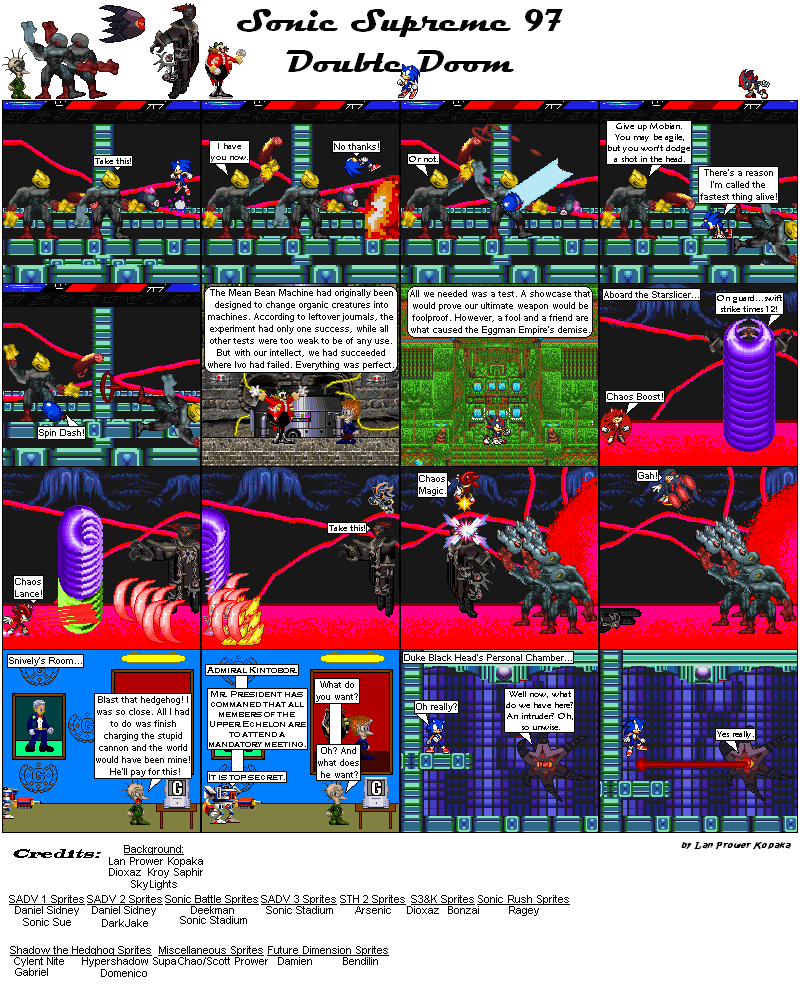 So Sonic's managed to defeat both Black Burner and Black Head, and Shadow has actually taken down Black Doom II! With a painful cost of course. Our heroes haven't finished their fights yet!

In terms of references, I don't think too much needs to be said this time around. We see more of these weird narrations, but why? That's just an answer we'll have to wait on hearing.

Although, a reference can be seen in that the Echidna City pyramid is still overgrown in moss and grass. It's a bit of an oddity, since the pyramid would have only grown that way in the past millennium (the pyramid is only 4000 years old in Sonic Adventure DX: Director's Cut, and doesn't change much in those 4000 years). It's not something that's going to be explained in story any time soon, but it's related to the fact that Eggman built a base in there during the game.
​
Starring
- Duke Black Head
- Duke Black Burner
​- Sonic The Hedgehog
- Dr. Mando Robotnik
- Space Fleet Admiral Snively "Kintobor" Robotnik
- Shadow The Hedgehog
- Lord Black Doom II
​- Black Doom II (Future)
Powered by