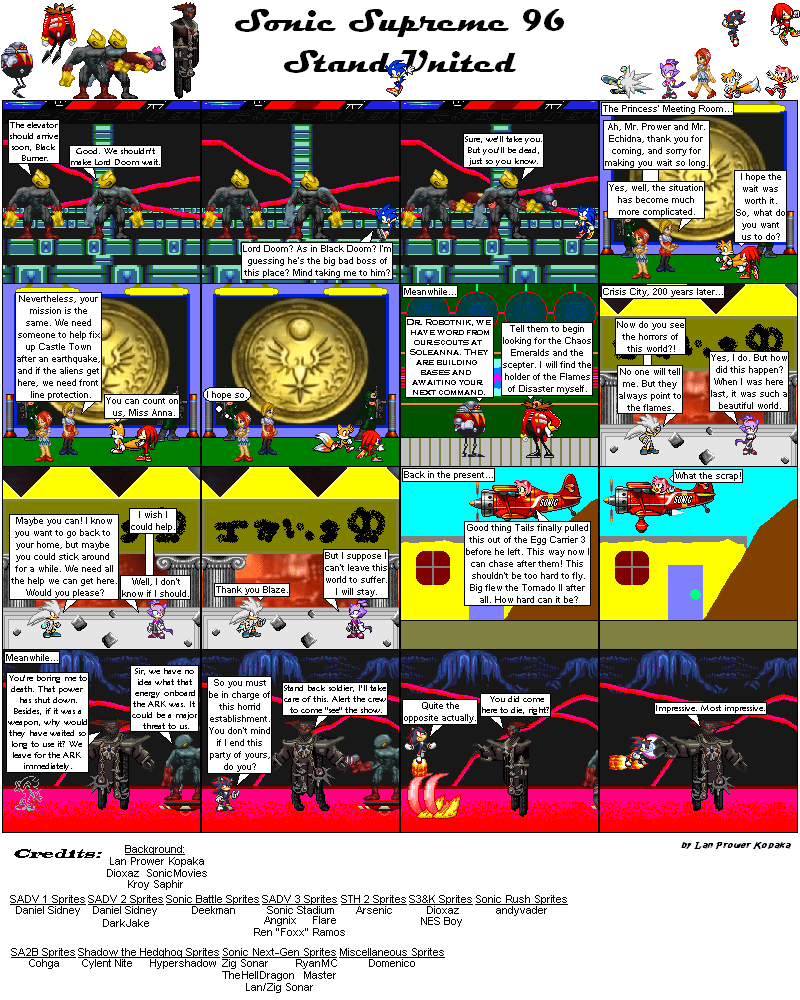 Things are starting to fall into place, fans and fanettes. Shadow and Doom begin their battle, Sonic is heading for the future Doom, Knuckles and Tails are at Soleanna, with Amy on the way. And in the meantime, Silver and Blaze become friends, and Eggman makes a nasty plot, with the air of something big coming to the land of Mobius...

As some extra notes regarding what we're seeing in references, we have the lady-in-waiting, Anna Solé, hanging out with Princess Elise. While Anna isn't very important, she had a very unique model compared to other minor characters in Sonic The Hedgehog 2006, so I wanted to give her a bit more importance here. In fact, she didn't even have a last name, and her last name is something I made up for her, since it seemed fitting. :d

Elise herself is one of the main characters of Sonic The Hedgehog 2006, so I won't get too much into her character here, but I will say that although she's only technically a princess, she is prepping up to rule over the country once being anointed as Duchess of Soleanna. As such, there was apparently a random earthquake before the game started, and Tails was called over to help in the restoration of Castle Town. I'm not sure why that's a fact the game brings up, but there you go.