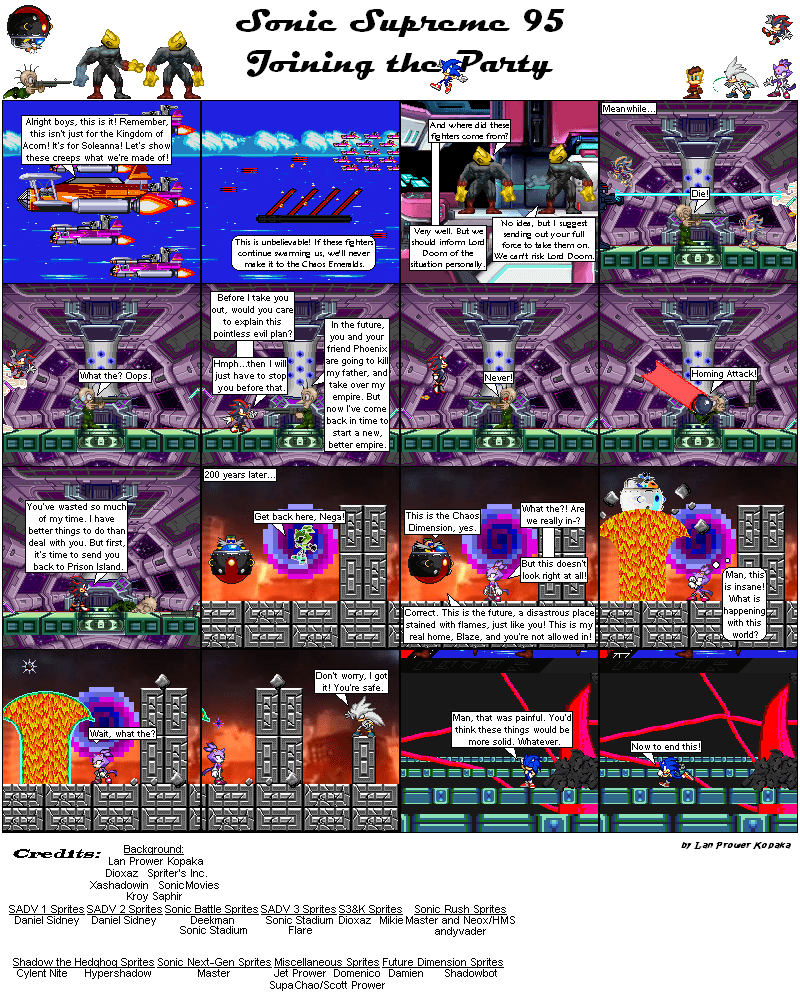 Well, we didn't wait long to see who those planes belong to. Looks like the Kingdom of Acorn has sent an air fleet, led by Wombat Stu, and they're ready to help save Soleanna! In the meantime, the hedgehog have their own battles to fight if they're going to save the world!

Wombat Stu is mostly just a fun cameo relating to a character from the Archie comics. I figured he'd be a fun reference, and a good choice for leading the air fleet for King Theo. But yeah, it looks like Lassy convinced King Theo to come around. Could this mean betters relations in the future? We'll see...

In the meantime, Shadow took down Snively quite easily, which isn't too surprising. Snively was an unwanted distraction for the Black Blur, so now Shadow has to be quick if he's going to turn things around and help defeat the Black Arms! Speaking of which, I wanted to make a note of the architecture inside the Seaslayer. If you've noticed, the interior has that same weird organic look as in the Black Comet from the game Shadow The Hedgehog (The Game). I feel like the Black Arms value using organic means of ship and weapon construction over technological. I can't be sure why, but it might have to do with their natural propensity for Chaos Powers.

Also, to get into Eggman Nega here, he's a very...confusing character. As many know, he debuted in Sonic Rush, acting as the villain for Blaze's world. Logically, one would assume he's supposed to be an alternate dimensional counterpart to Eggman...but he's not. In reality, he's actually Eggman's far-off descendant. We'll get into that more another day, but as you can see, he has a very good reason for wanting to leave the future he's in and travel to an easy to conquer world, like Blaze's.