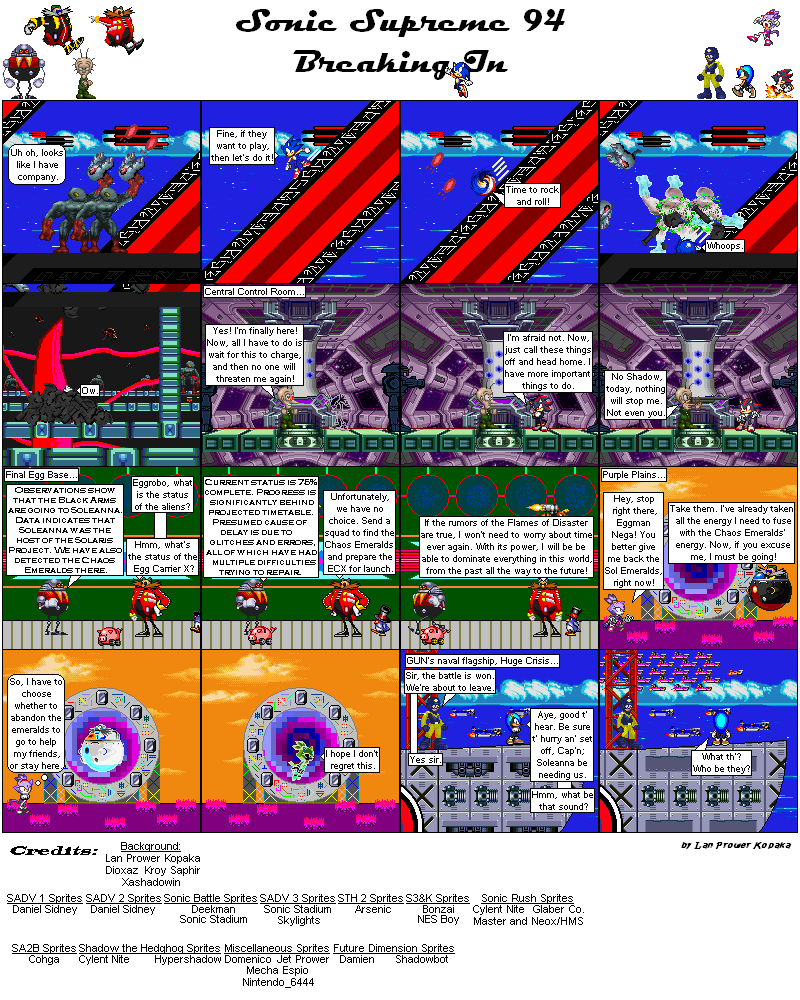 Things are really building up! A strange fleet of airplanes, Eggman making his newest plan, and Sonic inflitrating the Seaslayer, all in one comic! And to top it all off, Blaze makes a dangerous decision. Will it cost her? :O

The Huge Crisis, in case you're not an afficiando of Sonic, is a level from Sonic Rush. It's one of the few times you fight G.U.N. robots, and, well, Sonic destroyed a LOT of robots there. It's actually one of the reasons G.U.N. was still so intent on arresting Sonic back during the early days of Sonic Supreme, since he just barrelled through without thinking of the consequences.

Either way, I figured it would be cool to have as the personal naval ship of Admiral Talon Waker. Also, alongside Talon is Tau Kappa 6, Captain of the Requiem Platoon. See, still many leaders to meet in G.U.N. =P

The only thing I think I should note for now is that this alternate dimension that Blaze is from, well, it's her home dimension, and she's the princess of the planet, and was tasked to be the guardian of the Sol Emeralds. Her choosing her friends over her duty is a big deal, and something she may not have done back before Sonic Rush.