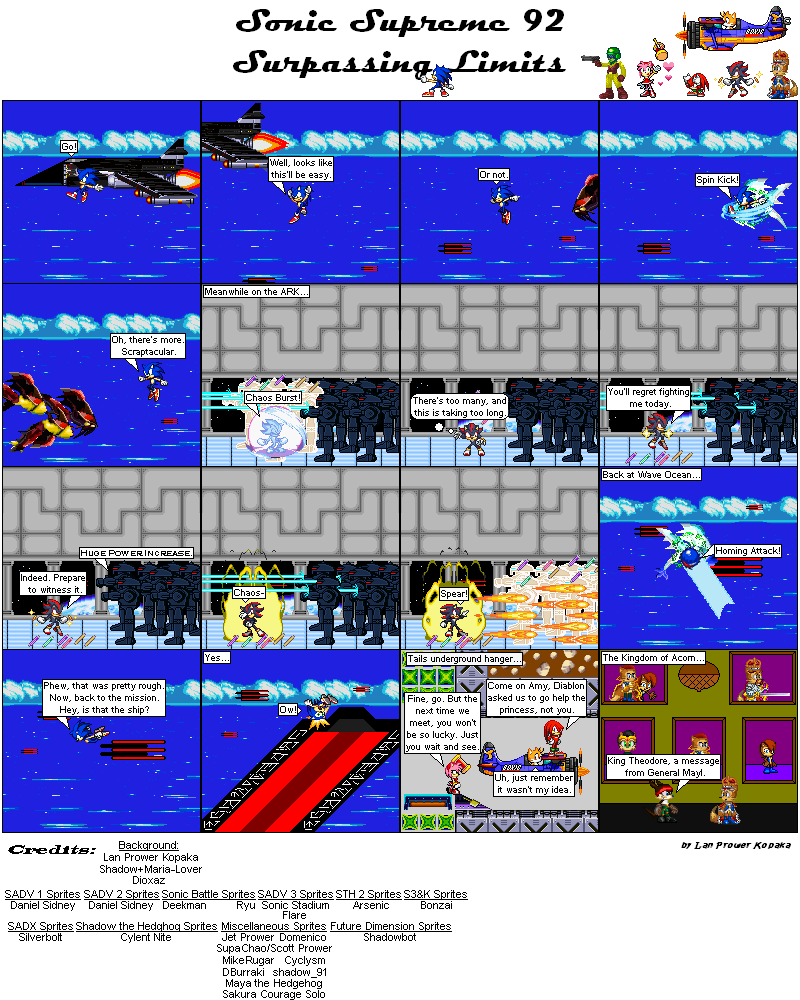 Well...Sonic's finally at the ship, if not in the most comfortable way. That means it's time for a brawl! The ship's design, in case you're curious, is all by me, but it wasn't easy to put it together, mostly because there is actually a super sized version of the ship. We'll see some more of it as Sonic goes along it, but not in it's full size.

In the meantime, Shadow takes on Snively's army of SWAT bots, and now we get to meet the ruler of the Kingdom of Acorn, Theodore Acorn. If you know your Archie, then you know this guy. :P To elaborate, Theodore Acorn was a former king of the Kingdom of Acorn, many years before King Max, and in the Archie series, his son was accidentally killed by an Overlander friend with a gun, so Theodore essentially outlawed both guns and contact with that group of people.

In the Sonic Supreme universe, while he did still sadly lose his son, he was convinced not to completely abandon the rest of the world. That only happened after Day X in Sonic Adventure 2 Battle, and as of right now he and a few other countries are still part of the Splitter's Order. Of course, if General Mayl can get through to him, maybe things can change again...
​
Starring
- Sergeant Sigma Alpha 2
​- Sonic The Hedgehog
- Shadow The Hedgehog
- Amy Rose
- Miles "Tails" Prower
- Knuckles The Echidna
- King Theodore Acorn
Powered by