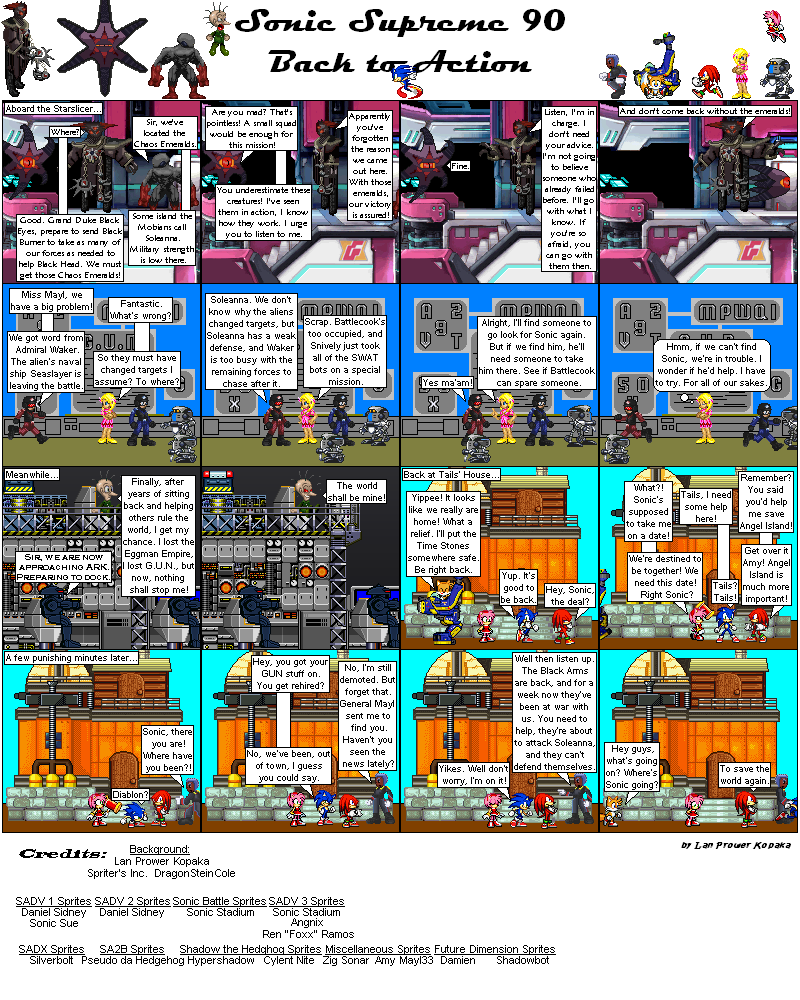 And so ends the Redemption Saga! This saga was a bit tough, especially with having to have two different storylines going on at once. Although my challenges for the comic and it's wacky weaving timeline are not over yet...but we'll get to that eventually. Overall, this was enjoyable because I really got to dive into what lead to these futures and how they affected the world with their crazy leaders.

But as for the issue at hand, there's a lot going on! Sonic is racing off to stop the Black Arms from invading Soleanna! While Snively is preparing to finally achieve world domination! Aimee Mayl, general of the army, seems to be forming a plan, but will talking to this mystery person work?! :O