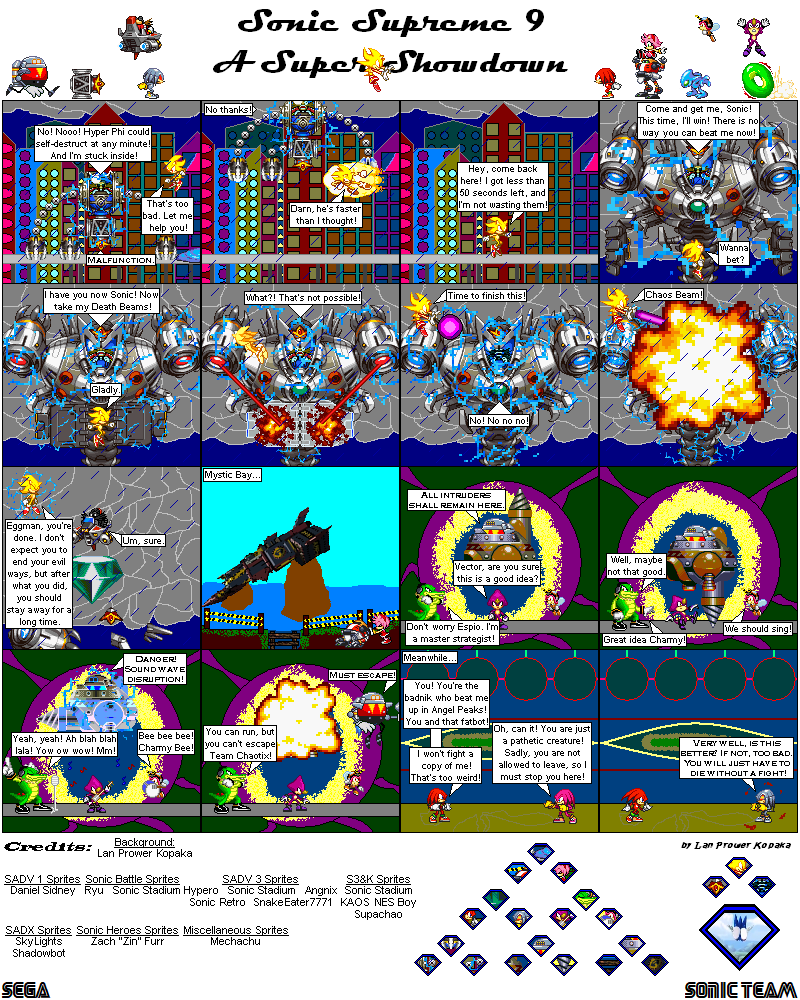 And so the battle ends. But the saga's not over yet!

Just to be clear, "50 seconds left" is how long Sonic can stay in his Super form. Sonic needs at least fifty rings to become Super Sonic, and he apparently had just enough on him to transform. As for Knuckles, he's referring to the first issue of Sonic Supreme, where it was Silver Knuckles and Eggrobo Advance that attacked Knuckles after Sonic and Tails flew off. Also, only with Team Chaotix can the phrase "We should sing!" actually sound threatening. That poor Egg Drill...

The instruments are made by me, going off of what I saw in the little Team Blast attack. Espio's samisen was pretty fun to make. The bachi, which is the pick, I'm not too satisfied with, but it works. Charmy's drum was easier than I thought it would be. The drumsticks are surprisingly big, like sledge hammers. And Vector's mike stand was actually the hardest. It's pretty accurate, but I decided to not have him hold it. This time.

And yes, those "lyrics" are pretty accurate, at least from what I can hear. My gosh, Vector, my gosh...