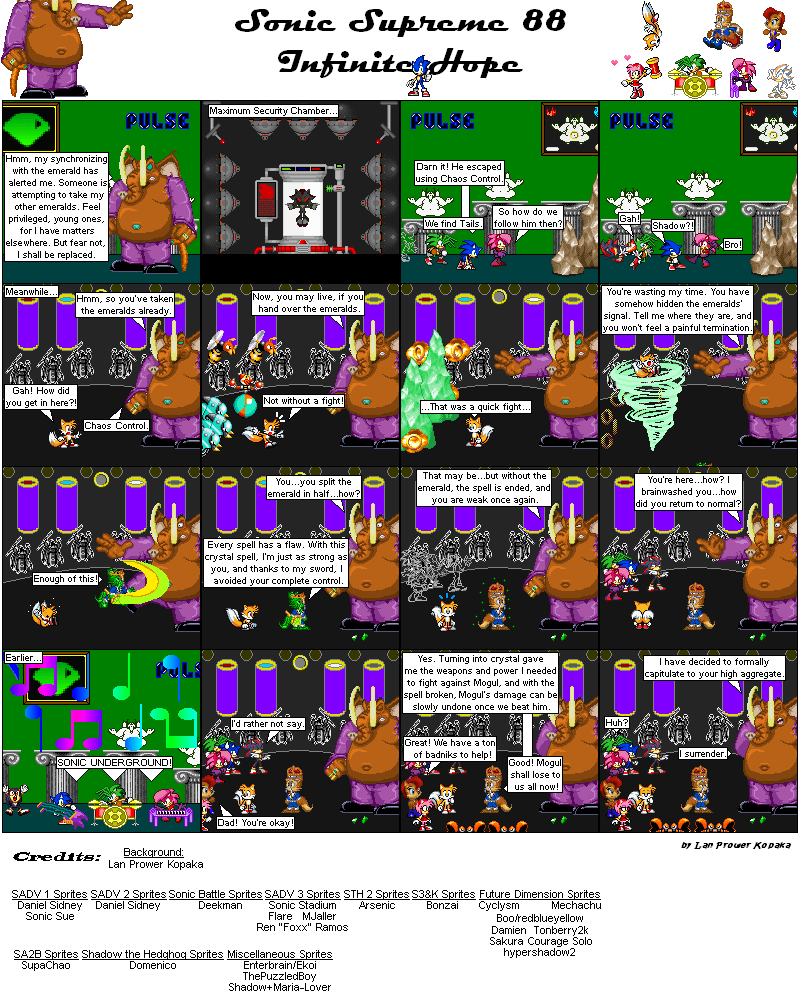 And so the evil reign of Mammoth Mogul ends. We won't be seeing him again in Sonic Supreme, but rest assured, he's no longer a threat, and he won't be a problem anymore.

I really did like this ending of the plots. It's not the end of the saga, but the coloring, battles, etc. It has a finality feeling that I wanted it to have.

A few ending points. Firstly, having Tails help defeat Mogul was a brief nod to the Archie comics, where he did get into a few fights with him. Secondly, while it might seem crazy to see the Chaos Emerald cut in half, it has happened before in the games. Whatever that sword is made of, it must be majorly strong.