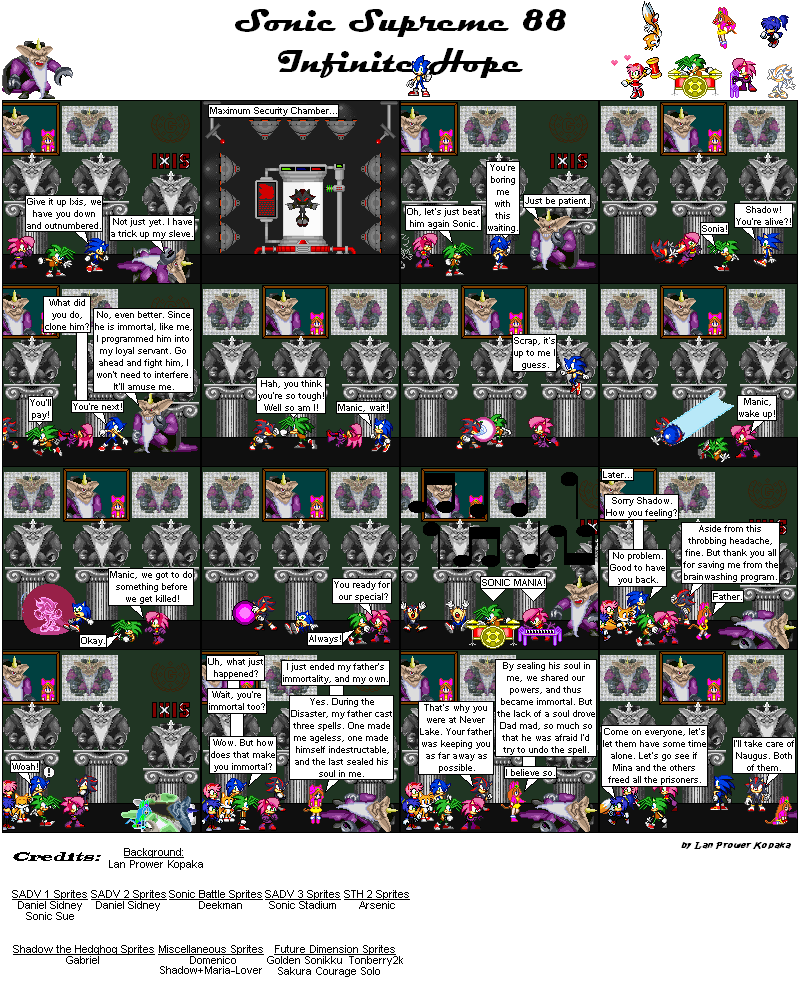 And so the evil reign of Ixis Naugus ends. We won't be seeing him again in Sonic Supreme, but rest assured, he's regained his sanity, and he won't be a problem anymore.

I really did like this ending of the plots. It's not the end of the saga, but the coloring, battles, etc. It has a finality feeling that I wanted it to have.

A few ending points. Firstly, having Shadow want to protect Seira and Ixis is kind of a nod to Maria and Gerald. He may not remember much, but clearly his habits are holding true in some way here.

Lastly, here in this timeline, I had Manic and Sonia sing a song called Sonic Mania, named after their team (not the game, the game has better songs :P). It's a good reason for Shadow to break out of that brainwashing, I'd say...