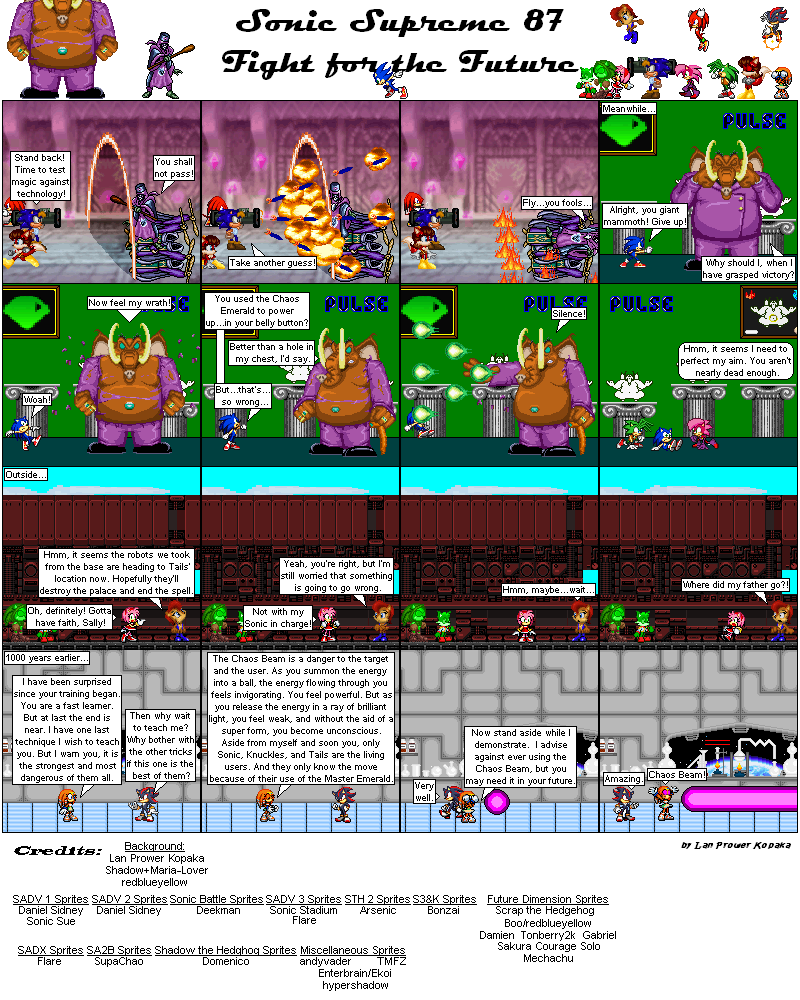 ​Yeah...Mammoth Mogul is kind of weird. But by connecting himself with the emerald, it's giving him a power boost, which puts Team Sonic Mania at a disadvantage!

There's still hope though! Knuckles and crew opened up the front door, giving Amy and Sally a chance to send the acquired badniks in that way, but...what happened to King Max?!

Of course, back in the present, Shadow is learning about the Chaos Beam, an attack we've seen before in Sonic Supreme 9 and 67. To expand on things, Tikal was the first one to learn the attack, which she got from her time in the Master Emerald. When Sonic, Knuckles, and Tails became Hyper Sonic, Hyper Knuckles, and Super Tails, they all learned Chaos Beam subconsciously, thanks to Tikal. Now it's Shadow's turn. Just a bit of an explanation for a move I totally made up. :P
​
Starring
- Knuckles The Echidna
- Fiona The Fox
- Jules The Hedgehog
- Ixis Geistliche
​- Sonic The Hedgehog
- Mammoth Mogul
- Manic The Hedgehog
- Sonia The Hedgehog
- Rob The Hedgehog
- Antoine D'Coolette
​- Amy Rose
- Princess Sally Acorn
- Tikal
​- Shadow The Hedgehog
Powered by