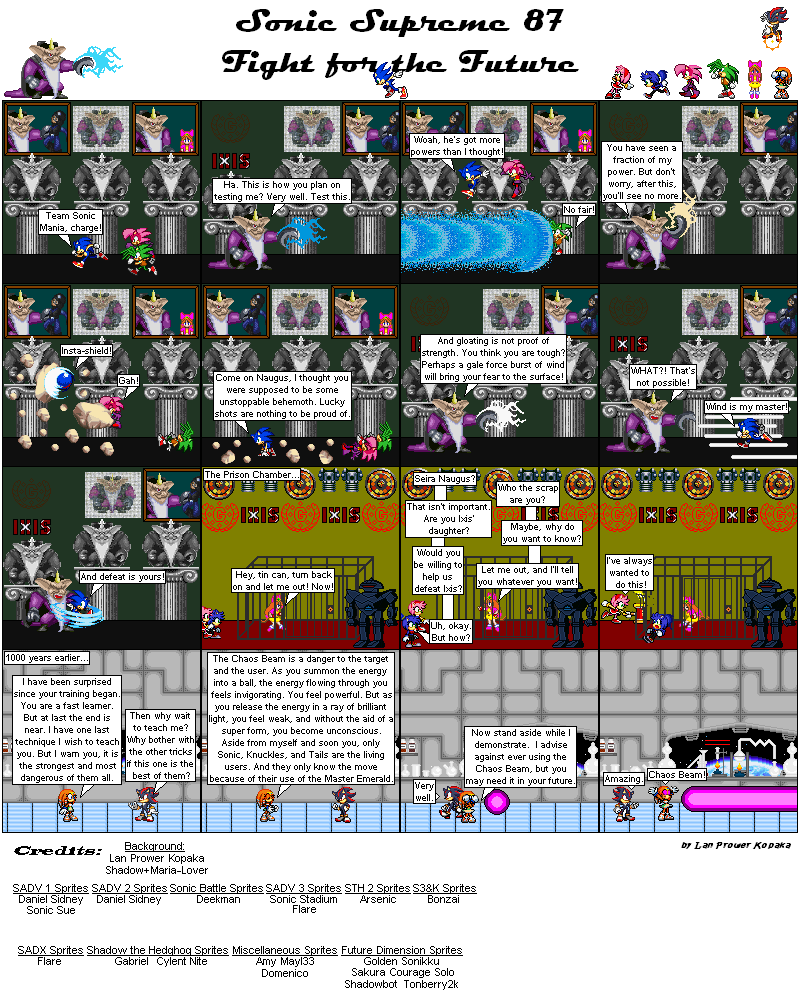 Team Sonic Mania vs. Ixis Naugus! The fight may seem short, but Ixis has more than just his own powers to worry about, so wait till next week to see what's next!

Oh, and Amy finally gets to smash my sister's cage. After having it break in her face twice (Sonic Supreme 16 and 40), it's good to do it herself. =P

Of course, back in the present, Shadow is learning about the Chaos Beam, an attack we've seen before in Sonic Supreme 9 and 67. To expand on things, Tikal was the first one to learn the attack, which she got from her time in the Master Emerald. When Sonic, Knuckles, and Tails became Hyper Sonic, Hyper Knuckles, and Super Tails, they all learned Chaos Beam subconsciously, thanks to Tikal. Now it's Shadow's turn.