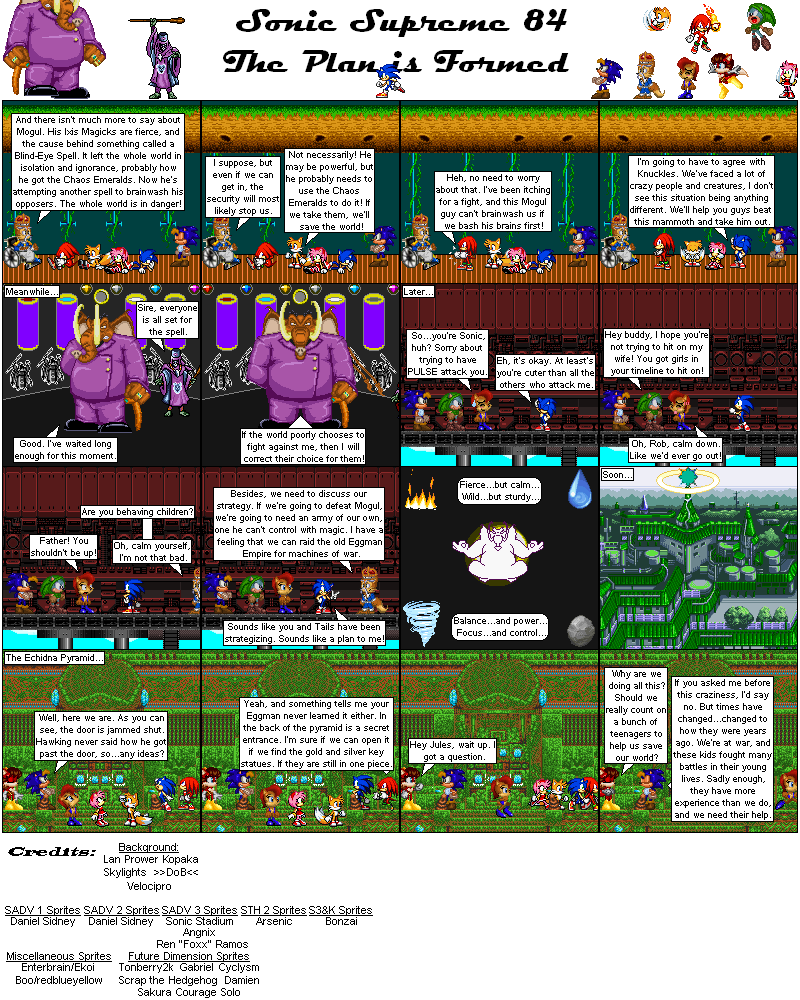 So yeah, Ixis Magicks. In the Archie comics, they have their own way of running it, but in mine, it's a bit more simplified. Essentially, with the magic, you can control the four major elements, but if you are a talented enough magician, you can cast your own spells. In Mogul's case, he's been casting this Blind-Eye Spell, using it to hide the existence of the Black Arms and give him an opportunity to rule over Mobius with their help. Had things not gone wrong with Black Doom II, he may have succeeded effortless on that front.

Of course, the end isn't here yet, so there's still hope for our heroes to overthrow Mogul and take back Mobius. Using the old badniks of the Eggman Empire, and working with our Sonic Team, there's a good chance they'll take down Mogul and his Ixis servants! Although, they'll have to hurry if they want to avoid that brainwashing spell...

A few other points here, we have a nice reference to opening the pyramid here with the gold and silver key, like in Sonic Adventure DX: Director's Cut, and of course a cute nod to how Sally and Sonic date in the Archie comics. :P
​
Starring
​- King Maximillion Acorn
- Knuckles The Echidna
- Miles "Tails" Prower
​- Amy Rose
- Sonic The Hedgehog
- Jules The Hedgehog
- Mammoth Mogul
- Ixis Geistliche
- Rob The Hedgehog
- Princess Sally Acorn
- Fiona The Fox
Powered by