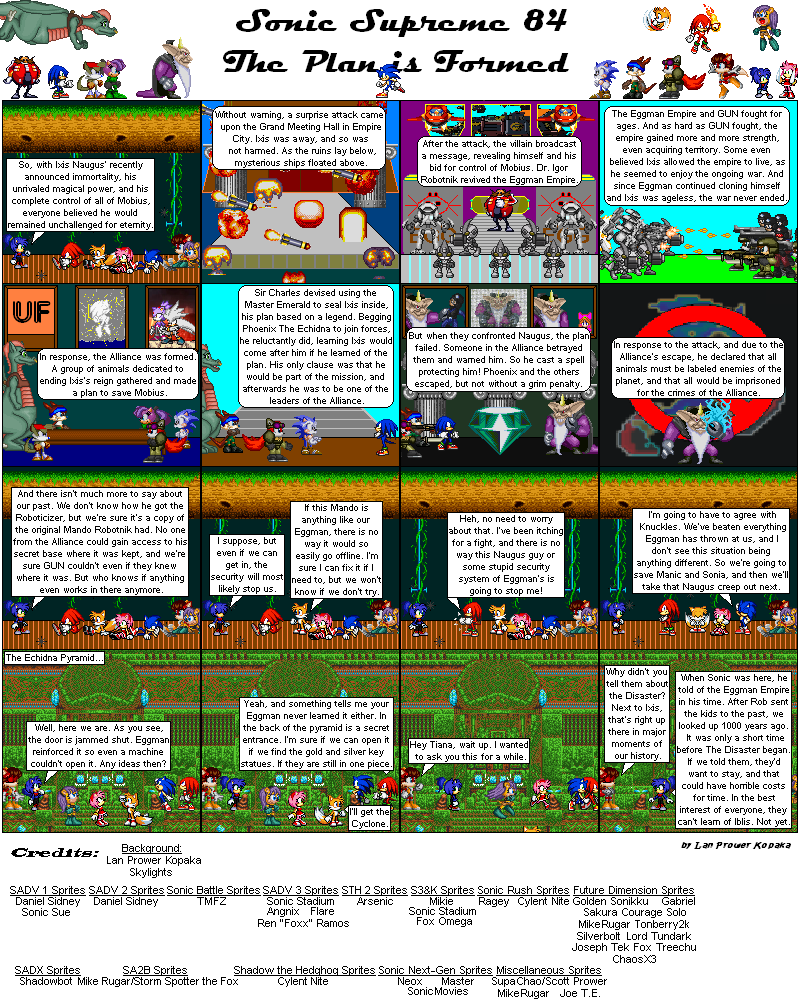 And now you know, the rest of the story. =P But yeah, that's 800 years summed up. What about the other 200? Well, as Fiona said, those are the years of the Disaster. What's the Disaster? Well, if you've played Sonic The Hedgehog 2006, you know. If not? Well...you'll learn soon enough. ;)

As said before, the characters featured in Tiana's story, for the time being aren't really important in the grand scheme of these comics, but the characters we see are the ones I came up with who would help to shape the world after the truth of the reign of Ixis Naugus is made clear. But who knows, maybe someday we'll revisit this time period and see more of what happened than Tiana's abridged version...