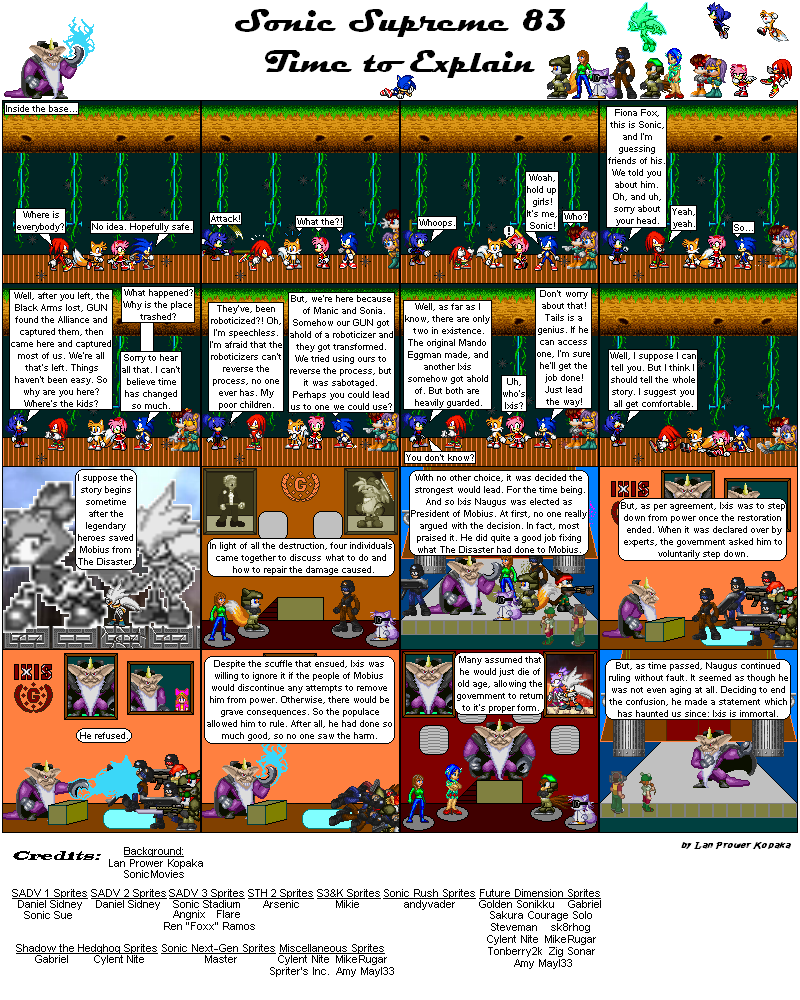 Time for a history lesson! This comic is finally tapping into the mysterious history of Mobius I created long after Sonic's adventures. In fact, as you can probably guess from Silver's cameo, it takes place right after The Disaster from Sonic The Hedgehog 2006, as it's been called. Blaze is gone and thus so is Iblis, but Mobius is no better off. Ixis Naugus' secrets are revealed, and, as you'll see next issue, that doesn't make things better.

Also, I'd like to point out some of the references and the seemingly random Mobians we see in the story. In particular, the way Silver and Blaze are portrayed. If you know the events of the game, Silver and Blaze eventually take down Iblis and save the world. As we can see here, they get treated as heroes, maybe more than any other Sonic character. Of course, Silver is still sad since, in the end, he lost Blaze, but at least her sacrifice is still honored.

As for the character, for the time being they aren't really important in the grand scheme of these comics, but the characters we see are the ones I came up with who would help to reunite the world after Silver and Blaze save it. But who knows, maybe someday we'll revisit this time period and see more of what happened than Tiana's abridged version...