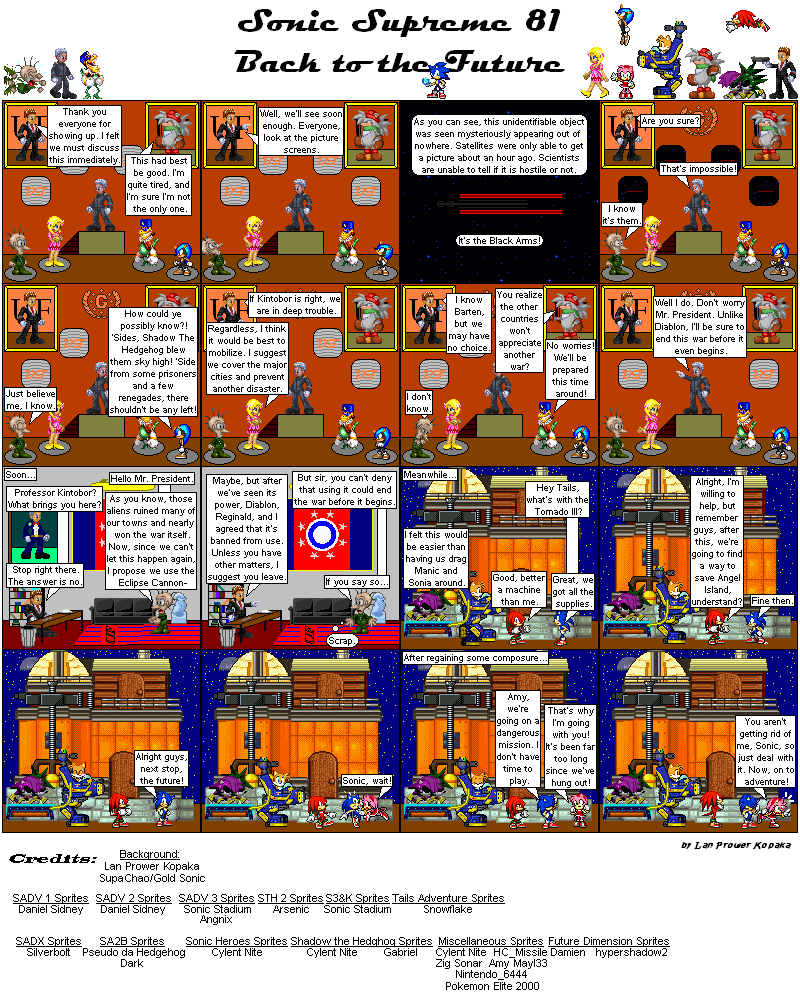 And so the next saga begins! Our heroes aren't in the future yet, but they will be soon enough! As for the Upper Echelon of G.U.N., it looks like they're learning about the Black Arms this time, rather than that surprise invasion, so it's only a matter of time before another Alien War begins!

Also, for those curious why Snively knows what the Black Arms' ships look like, remember that he's from the future, and he's already seen what dangers they can bring. It's not something he'd forget, and it could even be considered part of why he fled to the past.

Also again, Mr. President's office was very fun to make. That flag, while made by me, is a near replica of the one from Shadow The Hedgehog, so I did stay accurate to the series. The office however is a lot different from what it was in the game simply because, well...I'll show you.