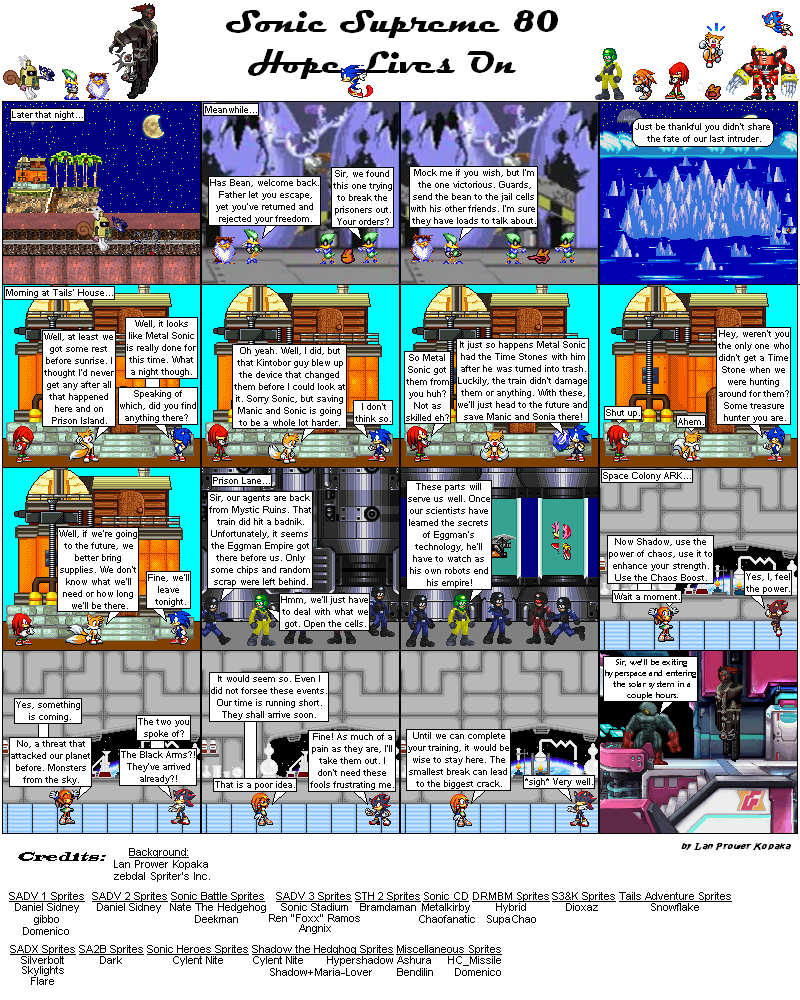 Alas, poor Metal Sonic! I knew him, fans and fanettes. Well, at least, at last, the saga ends! It wasn't the easiest, but it was fun to give an all-out battle between Sonic and Metal Sonic, while throwing out tons of references. =P

Has Bean, or Carbuncle, is now trapped here on Bean Island. Originally I had hoped to make him be a character who gave lots of cameos, but I could never really do it because of the storyline I gave him, so...yeah, maybe we'll see him again after we learn more of the Battle Bird Armada, the mysterious enemies of Tails Adventures!

And in case you're curious, Shadow is learning Chaos Boost, a move from Sonic The Hedgehog 2006. We'll probably never see it again in the games, but it's an important maneuver for him since it boosts the strength of his attacks and powers.