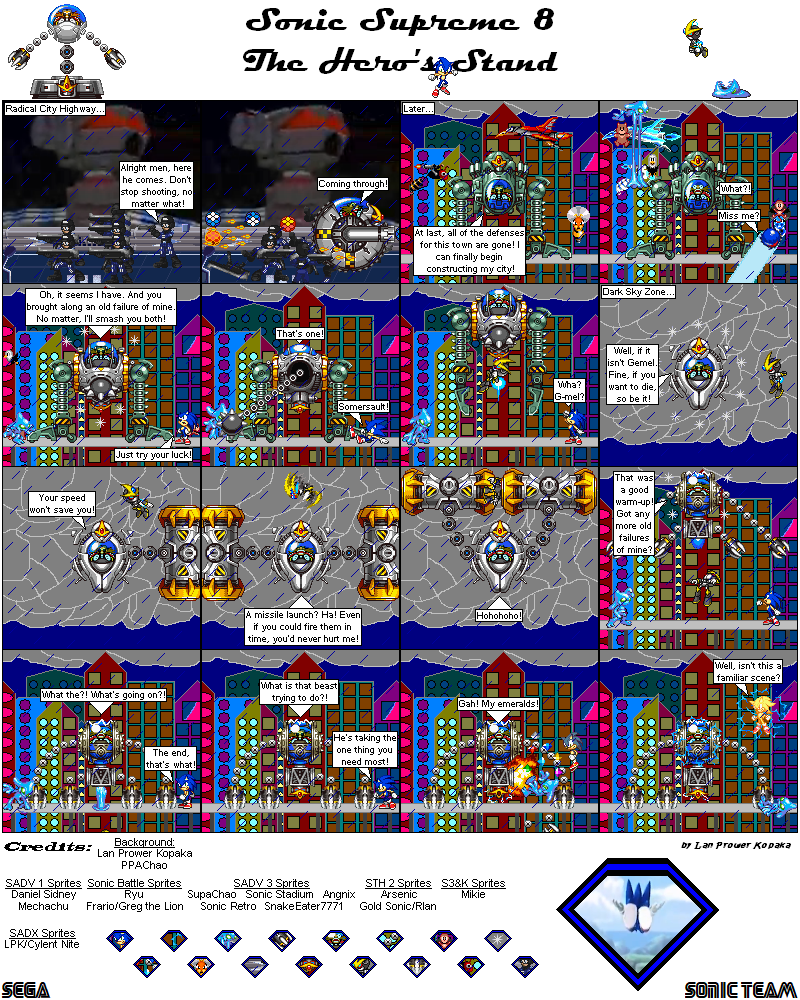 So there's the good old Radical City Police Department.
*one panel later*
And there they go.

The RCPD are based off of the Station Square Police Department we see in Sonic Adventure DX: Director's Cut, complete with armor pads and lettering. I liked how they looked different than the standard GUN soldiers, so I decided to take that idea and run with it. We may not see the RCPD again, but it was still fun for me to make. Also, I hope the pinball cannon comes off clearly enough on the Egg G-Wheel. That's how he's firing off those pinballs.

It may go without saying, but Eggman's line about Chaos being "an old failure" is a reference to how Eggman and Chaos worked together in Sonic Adventure DX: Director's Cut. To put it simply, they betrayed each other in the end. Weird how Eggman's minions keep becoming Sonic's allies...