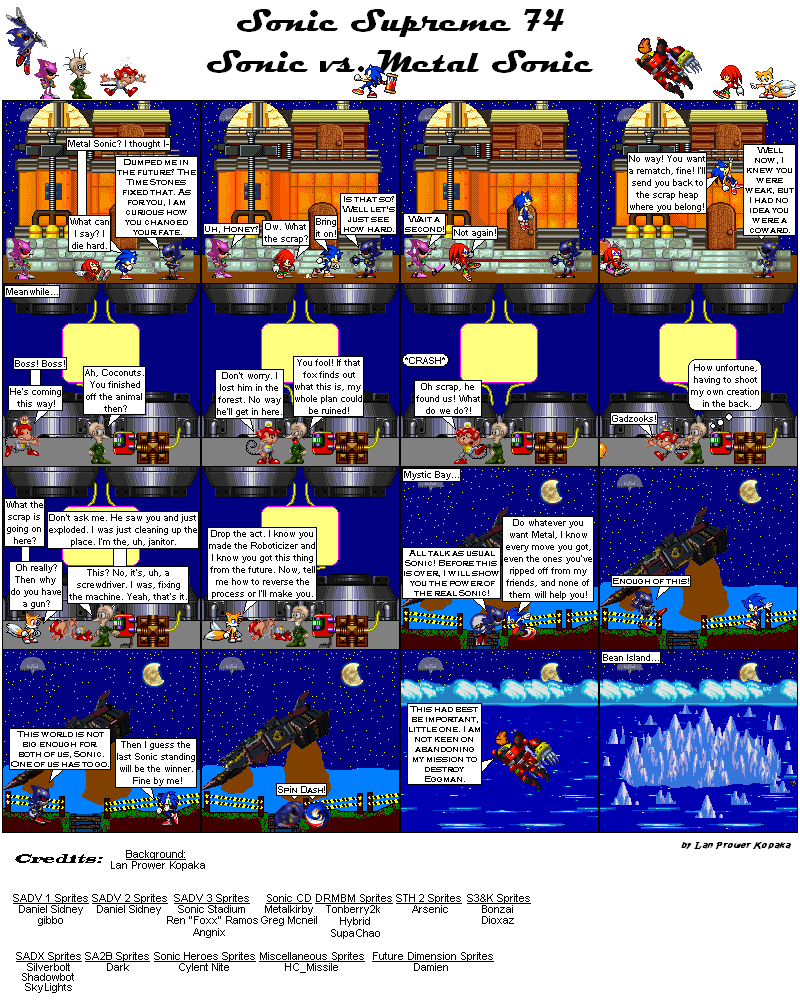 Sonic and Metal Sonic finally face off! It's kind of weird to think about, but these two rarely have a straight-up fight. Sure, they've faced off against each other a few times in fights rather than a race, but races do seem to be more common. Obviously, this fight in particular takes a lot of inspiration from the classic clash in Sonic The Hedgehog: The Movie. It may not be canon, but boy that fight was amazing.

I also loved designing Bean Island. It's meant to be a hard island to get to, a safe haven for those that live there, and, well, we'll see how safe the inhabitants are next time. Also, love to the fact that Coconuts says "Gadzooks!" Such a weird thing to say, though apparently it's a thing Robotnik would say in the old Archie comics (including the issue Coconuts was created in, in fact saying the line upon seeing a broken Coconuts, so that's...weirdly coincidental).

In the meantime, Tails continues his investigation and Omega starts one of his own. A lot of things are going down, and all before a special moment for Sonic Supreme. Very interesting. :P