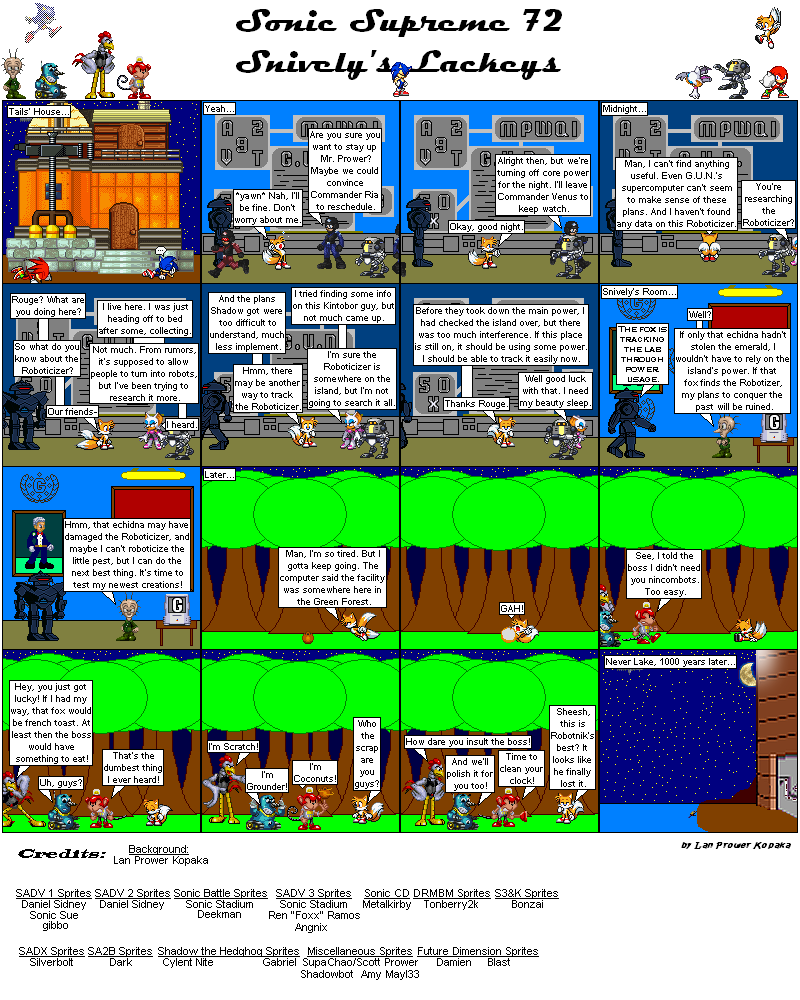 Enough with Shadow's attention, back to Team Sonic! Well...mostly just Tails. Tails finally has a lead, but he has to deal with the Super Special Sonic Search and Smash Squad...yeah, they need a better name. :P

As for the squad members themselves, I'm sure it may come as an odd surprise for some. Personally, I try to keep to the idea that most of the games are canon unless they say otherwise. And there technically isn't anything that says that Dr. Robotnik's Mean Bean Machine isn't canon. Scratch, Grounder, and Coconuts appeared in that game, so I figured I'd include these three nuts into the mix. I tried to stay in touch with their humor and dialog, so hopefully I succeeded. =P