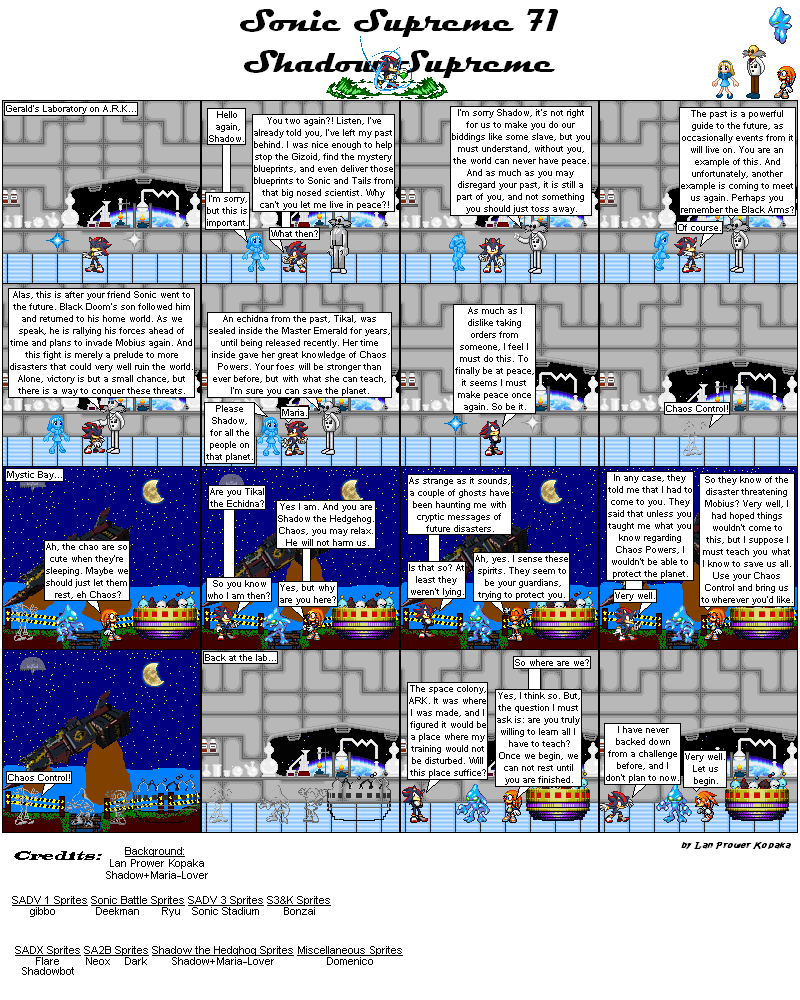 A new saga, starting with a new kind of issue! I felt like making an issue entirely focused on Shadow, so voila. I won't do these too often, but they'll show up when needed. ;)

As for the comic itself, Tikal and Chaos have sailed away from the robot-infested Angel Island, and Gerald and Maria finally appear in a human form. Gerald Robotnik was the creator of Shadow and grandfather to Eggman, while Maria was Shadow's best friend and also Gerald's granddaughter. They died 50 years ago when GUN launched an attack on Space Colony ARK, and later executed Gerald and pinned the blame on him.

That's the simple version at least, but you can find a lot of the details in Sonic Adventure 2 Battle and certain other sources. Of course, 50 years later, they're ghosts, and they've been guiding Shadow throughout his past few adventures.​ From informing him about the plot with Emerl, to telling him about the strange science of Snively, they're doing their best to help Shadow grow.