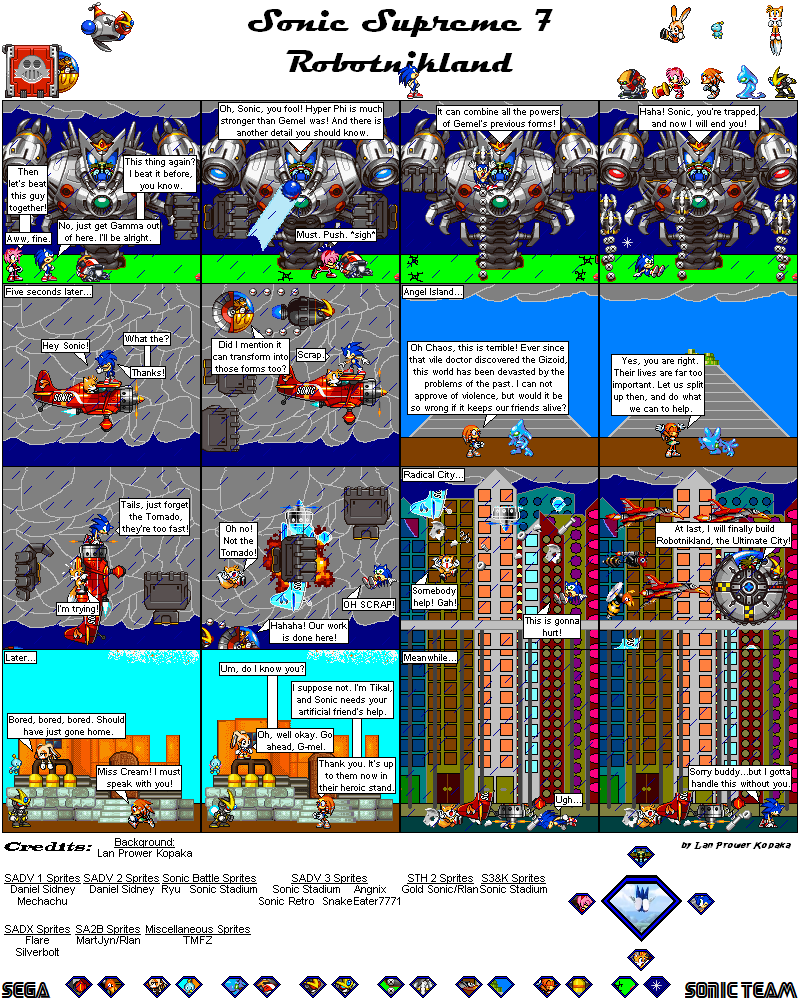 Ah, Radical City. I remember when I glitched off the track and ran around the level. So empty but so cool...sonyway, since the days of Sonic R, Radical City has added to its architecture after the World Grand Prix. The city is pretty condensed in construction; even though the plain Green Plains is located near the city and ripe for building on, the Rabbit family owns quite a lot of acres, hence the stop of progress. Rabbits like their grass.

Speaking of the town, Eggman intends to take over it and turn it into Robotnikland, the capital of the Eggman Empire. Despite the Empire barely taking off, he's set up quite the empire already. Robotnik Corp., Eggman Enterprises, plus he owns his own island, Eggman Island. Granted, if you've played SEGASonic The Hedgehog, you know what happens to it...

Also, it may not be clear by now, but Chaos doesn't actually speak with words. It's kind of like a psychic "you-know-what-I-mean" thing. I guess when you're made of water, you have no need of vocal cords. I always figured he talks to Tikal using ripple noises, and somehow understands it.

Anyway, our last bit to discuss about the comic is Hyper Phi. It should be pretty clear, but basically anything G-mel could do in Sonic Advance 3, Phi can do too, and even more, and is invincible since he's in a Hyper transformation form. The only form he won't take is Nonaggression, the final boss of Sonic Advance 3. If you've played it, you might be able to figure out why.