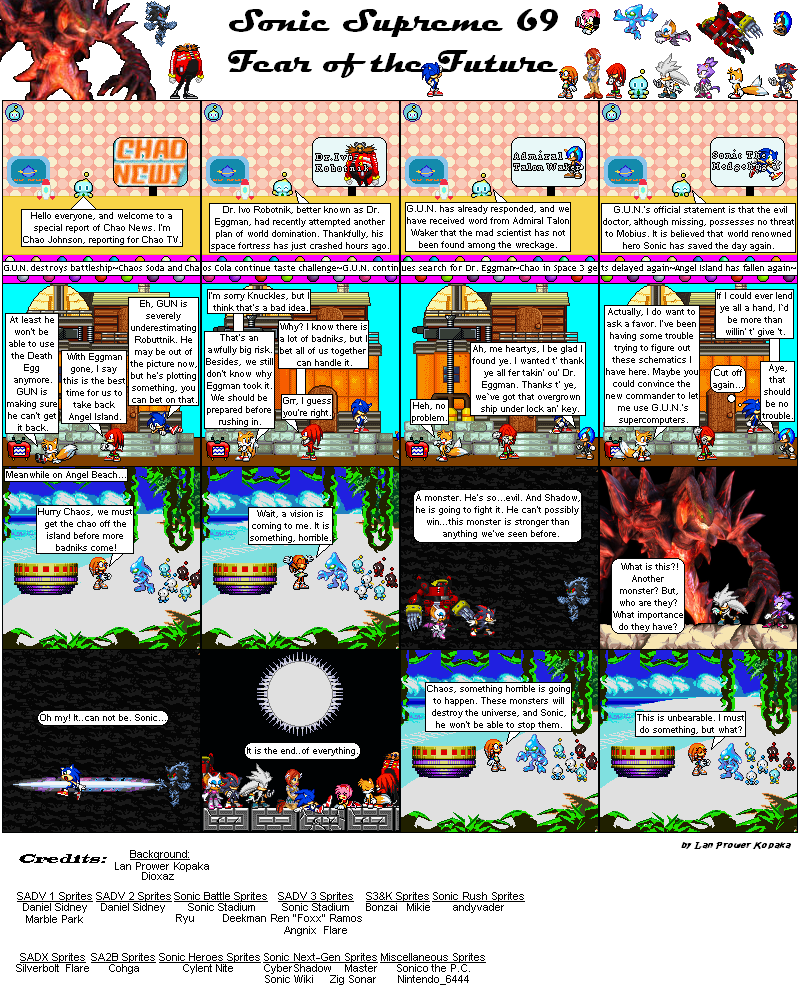 The saga may be coming to a close, but peace isn't here just yet! Angel Island is still taken over, and Tikal's having visions, and very disturbing ones at that! That's right, we're heading toward the Day of Disaster! The visions she's seeing are possibilities that could happen, if the events of Sonic The Hedgehog 2006 happen. Will they happen? Well, that depends on the timeline you're on...

One of the funnest parts about creating this comic was redoing scenes and recreating scenes from the game. Hopefully you all have seen the game so you won't be spoiled, but if not, I suggest looking up the game online. Granted, the game is quite...controversial due to the quality of the story and even gameplay, but there is a lot of potential buried inside, and it's worth looking into at least.

Also, Chao News is totally cuter than DreamNEWS, although not as dreamy.