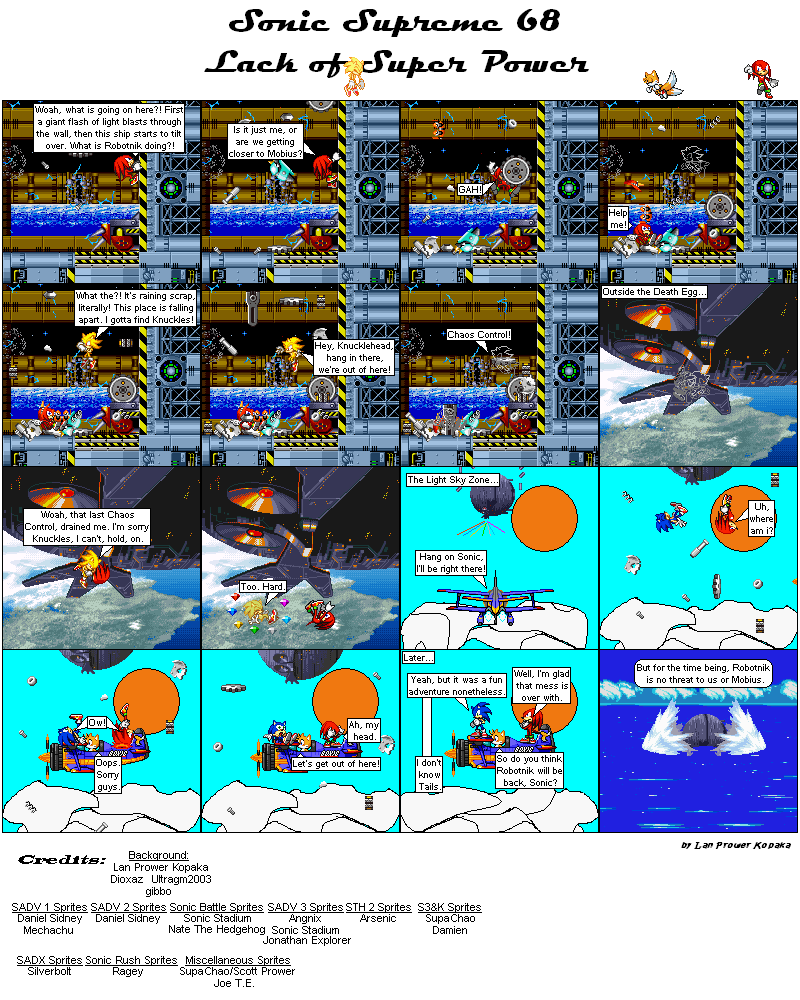 Well...this is one of those issues that I like a lot, but was a pain to work on. See, early on I had envisioned the whole Death Egg crashing face first into the ocean, so everything went to plan. I had tons of fun setting it up, letting the junk fall, it was great.

But I realized something...I did it all wrong. The Death Egg is falling face first, yet the scene where Knuckles is was reversed, so that meant the face was UP! >_< I tried flipping the scene, but it didn't look right, so I had to basically start from scratch. Let that be a lesson to sprite comicers. =P

In any case, Sonic has saved the day yet again, and thankfully the ultimate weapon of mass destruction is buried under ocean water. Go Sonic! :D​