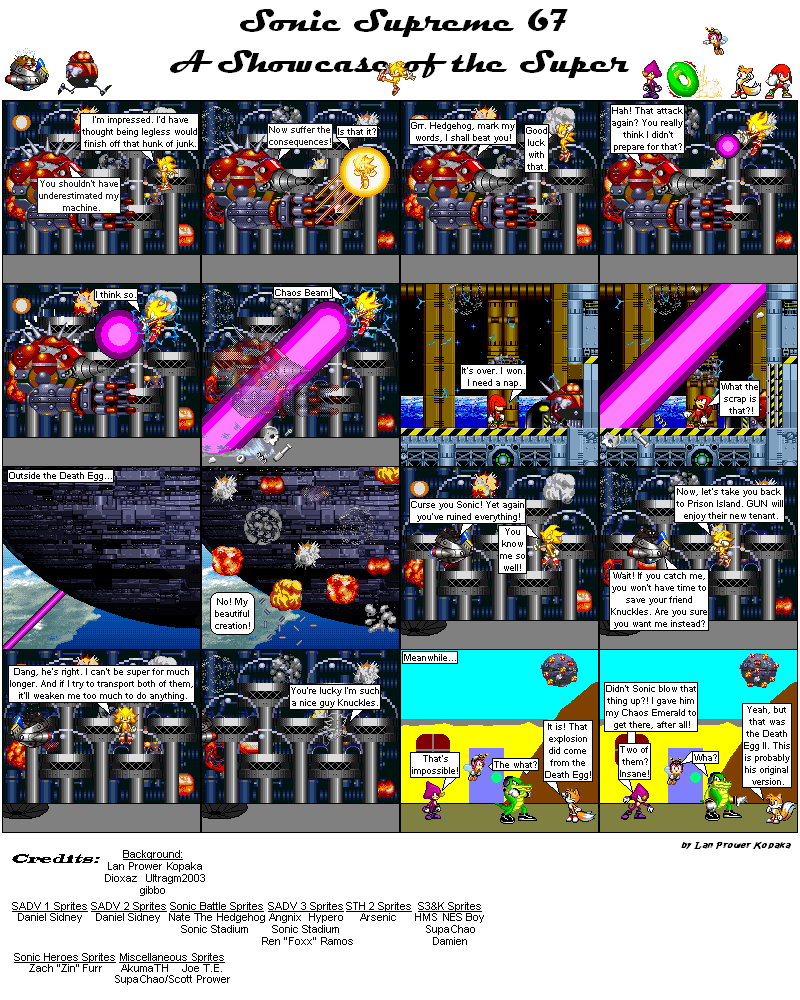 Chaos Beam for the win! Eggman tried to be smart and give his mech tougher armor to take a hit from Sonic's Chaos Beam like what happened with Hyper Phi, but a Large Chaos Beam...was not planned. :P The Egg Stalker was definitely a powerful boss, but Super Sonic never has to worry about that. Instead, he has to worry about Knuckles! The Death Egg is falling back to Mobius (it does that a lot :P), and believe you me, you don't want to be in there as it falls down.

Sonyway, Espio is referencing Sonic Championship with his comment about giving the Chaos Emerald. In that game, Sonic, Tails, Espio, and several others fought in a tournament to decide who would get to go into space on Tails' rocket, the Lunar Fox, and would get the chance to take down Robotonic, er, I mean Robotnik. It is weird how many Death Eggs there are, though...