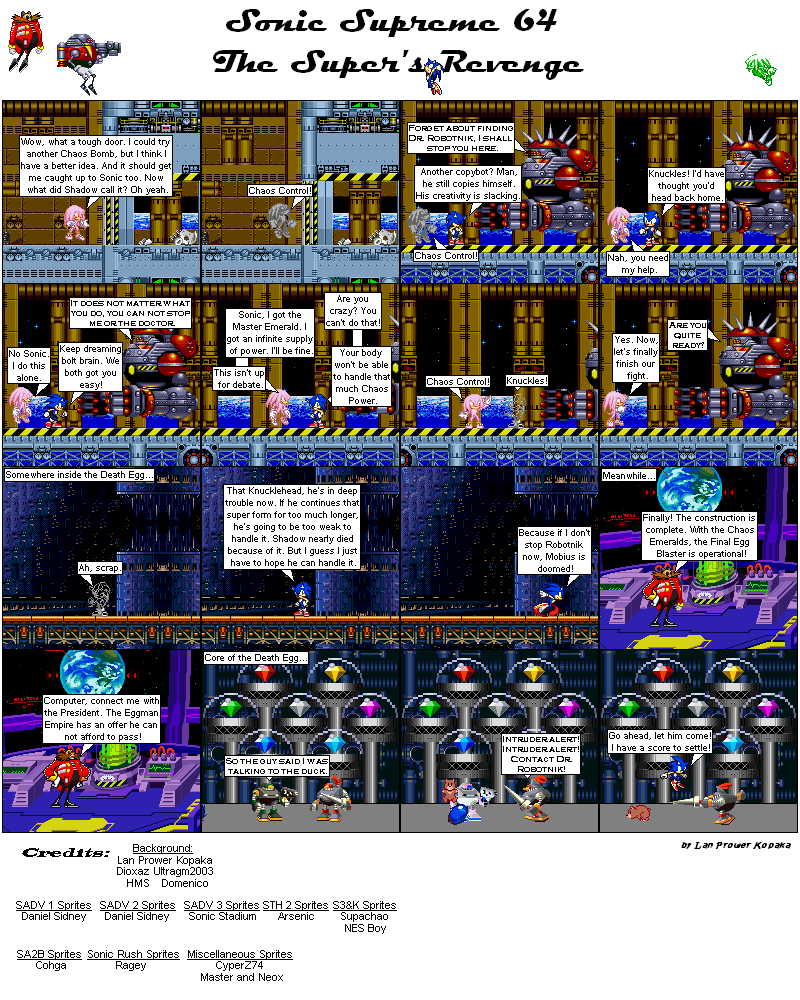 It's all coming to a head now! The Final Egg Blaster is ready to fire, Sonic is in the core, Super Knuckles has his final fight against Eggrobo, and the world waits to see the outcome of it all!

The warning that Sonic gives about overusing a Super form is hinted at in the games, but never fully explored. The idea is that taking on too much Chaos Energy without having rings to support it is very bad for you. In Sonic Adventure 2 Battle, when Sonic and Shadow go Super, Shadow has problems controlling his super state and faints after saving the Space Colony ARK. And then in the bad future for Sonic Supreme 32, Future Shadow again nearly faints after using too much Chaos Energy and not enough rings. Basically, he kept burning himself out.

So, the question is, will that happen to Knuckles? ​:O