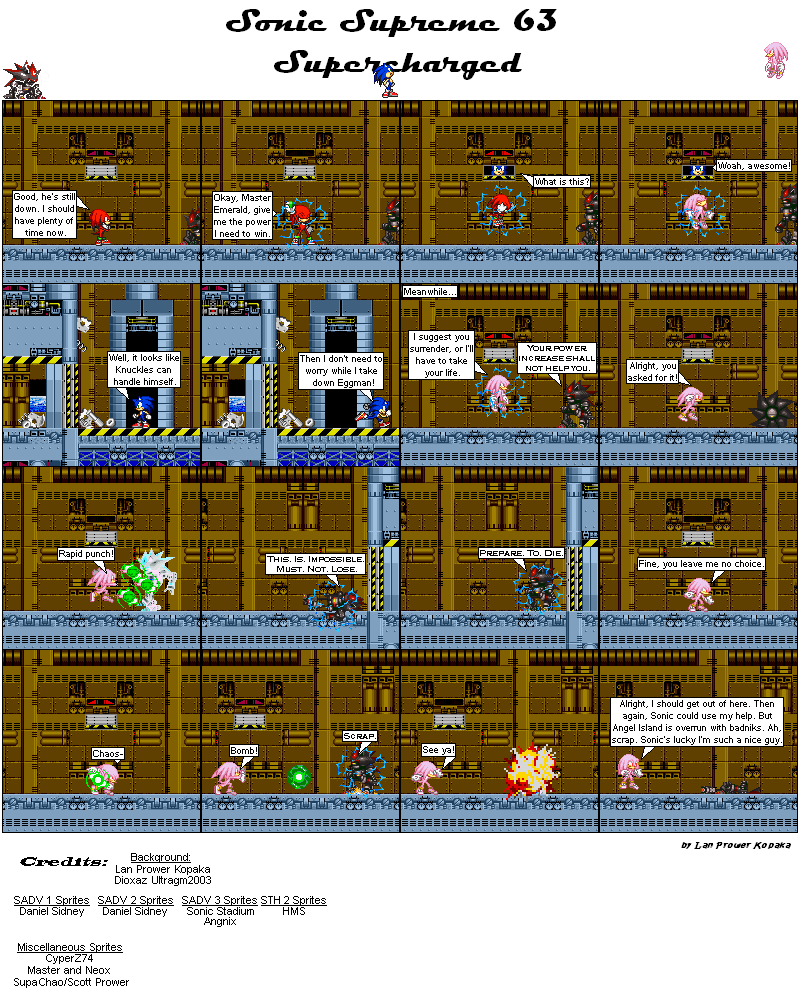 Finally, we get to see Super Knuckles again! I've been wanting to see him back for years, and voila, he's back! Originally he appeared in Sonic The Hedgehog 3 & Knuckles if you managed to get all the Chaos Emeralds in his story. I'm not sure why he turns pink while Sonic turns gold...but there you go, a powerful pink for a powerful echidna.

I think I should also note that in lieu of rings, Knuckles is just using the power of the Master Emerald. That's...an interesting play, and we've seen it before in Sonic The Hedgehog 3 & Knuckles, but that was done by the badnik Mecha Sonic. It didn't work as well for him without rings. Is there a difference for when organics use the Master Emerald?

So Chaos Bomb is a Chaos Power, kind of new, kind of old. It's like Roaming Chaos from Sonic Battle, but it doesn't roam, it fires out in one direction, allowing for more power. It's not as strong as Chaos Beam, but it's definitely a useful attack to have. We've seen it before by Shadow in the Time Saga, but now Knuckles has a stronger, green version. Jealous Shadow? :P
​
Starring
- Mecha Shadow
- Knuckles The Echidna | Super Knuckles
- Sonic The Hedgehog
Powered by