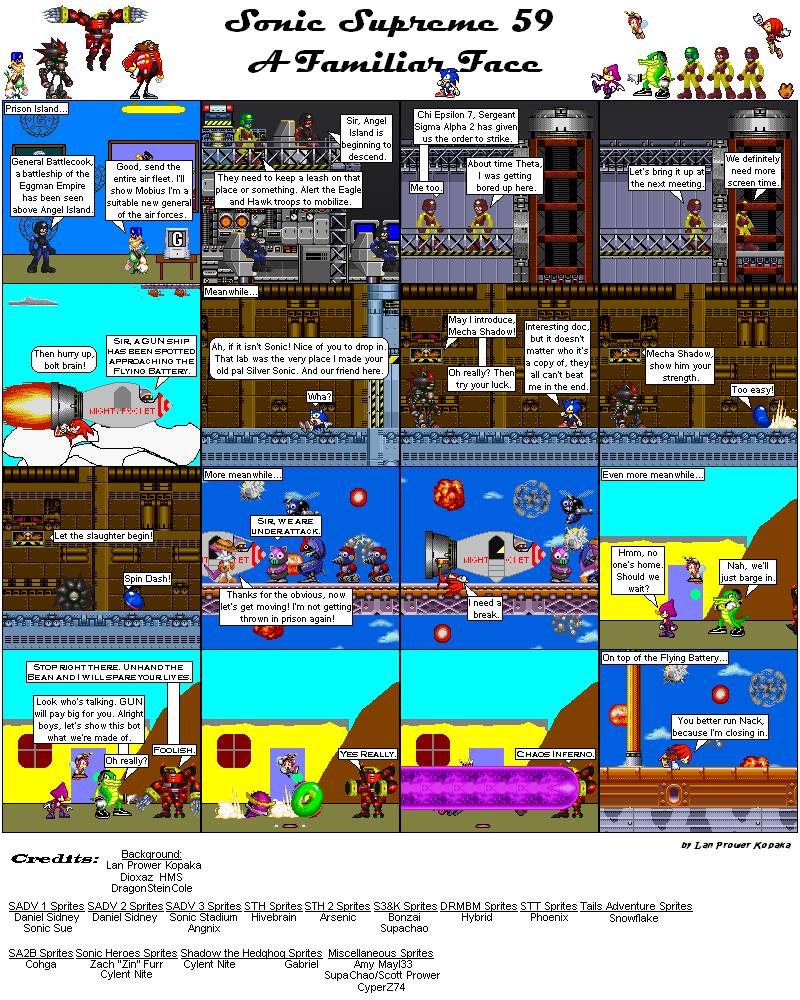 And at last we meet the replacement for General Ria, General Battlecook, the new general for the Air Forces. He seems familiar, almost like a villain from another game, a Sonic game...but nah, probably nothing to think about further! ;p Anyway, he's doing his first major act as general! Will he be successful? You'll just have to wait and see. ;)

Other things to cover include new members of the Air Force, including Sigma Alpha 2, the helicopter pilot from Sonic Adventure 2: Battle! I like the idea of him having a high rank after helping to capture Sonic back in that game, and now he's leading the charge against a Flying Battery ship. He came up in the world. In addition, we also have Mecha Shadow. He'll be talked about more next issue, but he is an original comic character, if you were curious.

Let's see, what else to discuss? Sometimes I worry I make Vector too silly, but he still entertains me so much. :P And of course, the battle between Mecha Shadow and Sonic begins! Look forward to more of that next issue!