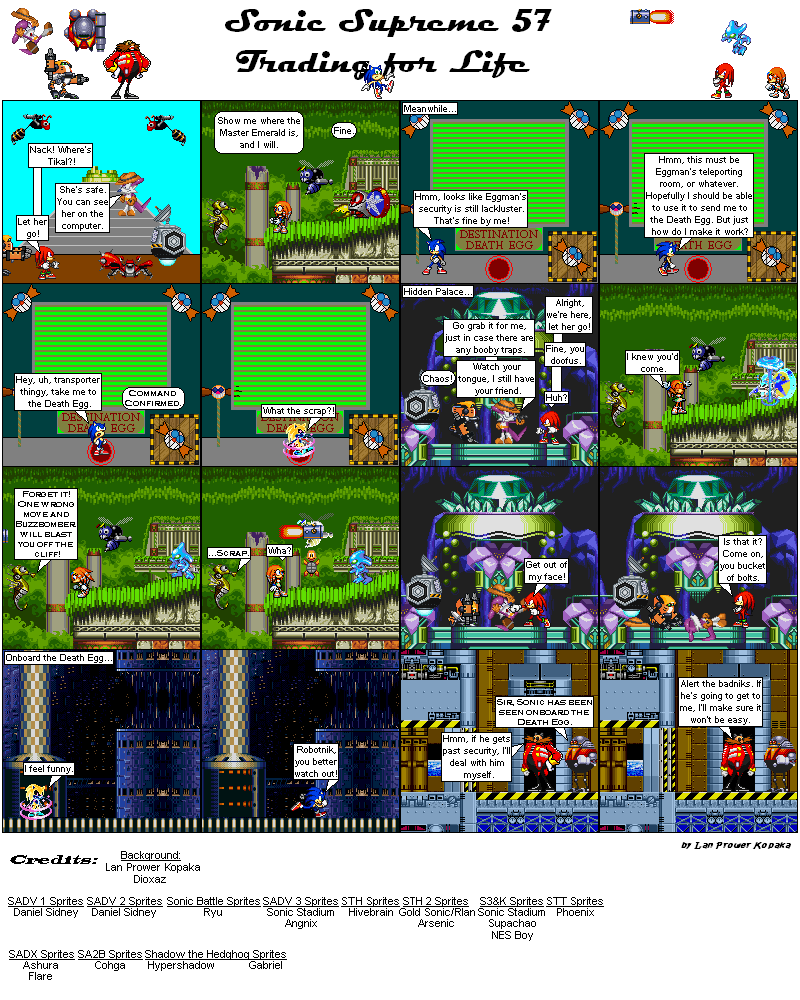 The unsung hero returns! Flying through the skies, he never dies! He saves the world in the speed of time! Hey Ho!

But yeah, Hey Ho's head came back! It was kind of a random cameo to do, but hey, you can't go wrong with a robotic head saving the day, right? Maybe someday we'll see him again, flying through the skies like a majestic hero of justice.

Anyway, as for our real hero, Sonic's finally in the Death Egg, but Eggman is putting up a fight. This may be Sonic's toughest battle yet! :O It might also be noteworthy that the transporter room Sonic's in is slightly based on the transporter room from Sonic Adventure 2: Battle. I was tempted to make it the same room, but it's a difficult place to put into sprite form, so for now it's a similar but different room. Someday, I'll take on that challenge...

Also, in case it's not obvious, that Crawl we see in panel two is acting as the camera bot, hence the static appearing on his TV shield. Not sure why he got chosen for the job of cameraman, but hey, somebody had to do it. :P