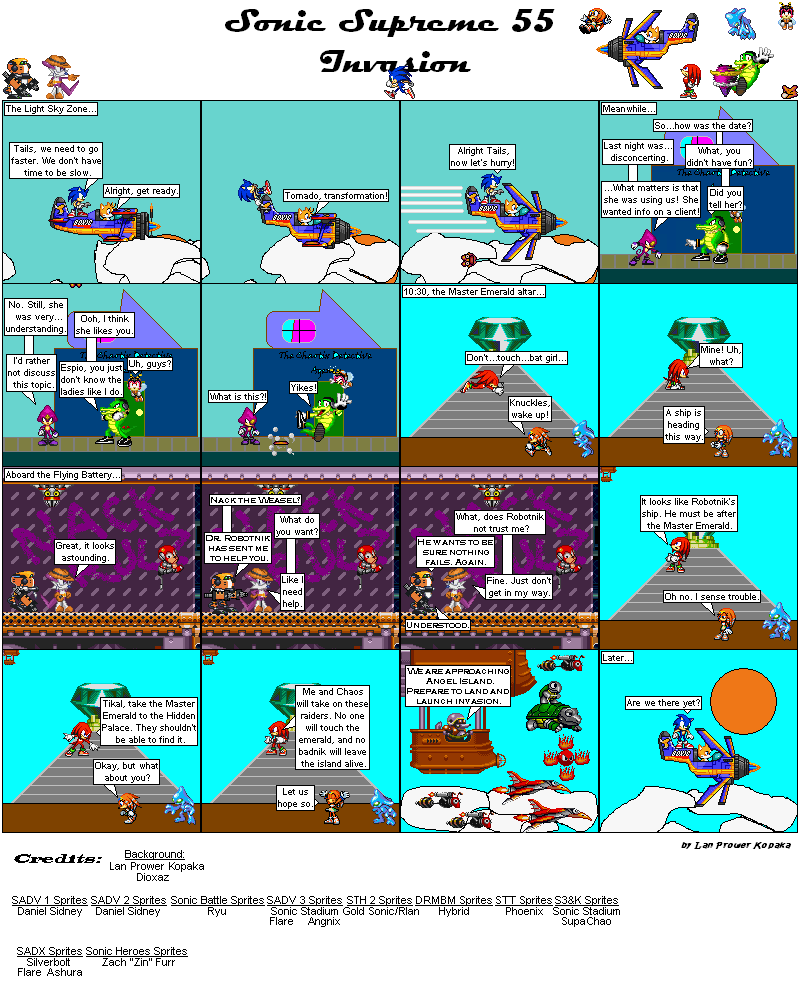 NACK RULZ indeed. :P As the title shows, the invasion of Angel Island begins, and on a grand scale not seen since Sonic The Hedgehog 3 & Knuckles. All for the Master Emerald? Or, is there another reason?

Also, we see Espio again! Apparently he had an interesting night with Rouge, but we already knew that from Issue 53. Whoever this Kintobor is, he's picking up a lot more attention than he'd want to. Of course, they've got a whole new issue now that Has Bean's on the scene!

I guess one other thing to say is that we're introduced to E-104 "Epsilon". Epsilon was from Sonic Adventure DX: Director's Cut, and was killed by Gamma to save the animal inside him. Eggman decided to rebuild Epsilon, minus the animal battery, and is having him supervise Nack's mission. But otherwise, yeah, there isn't a lot to say for this one. Next issue though...lots of action!