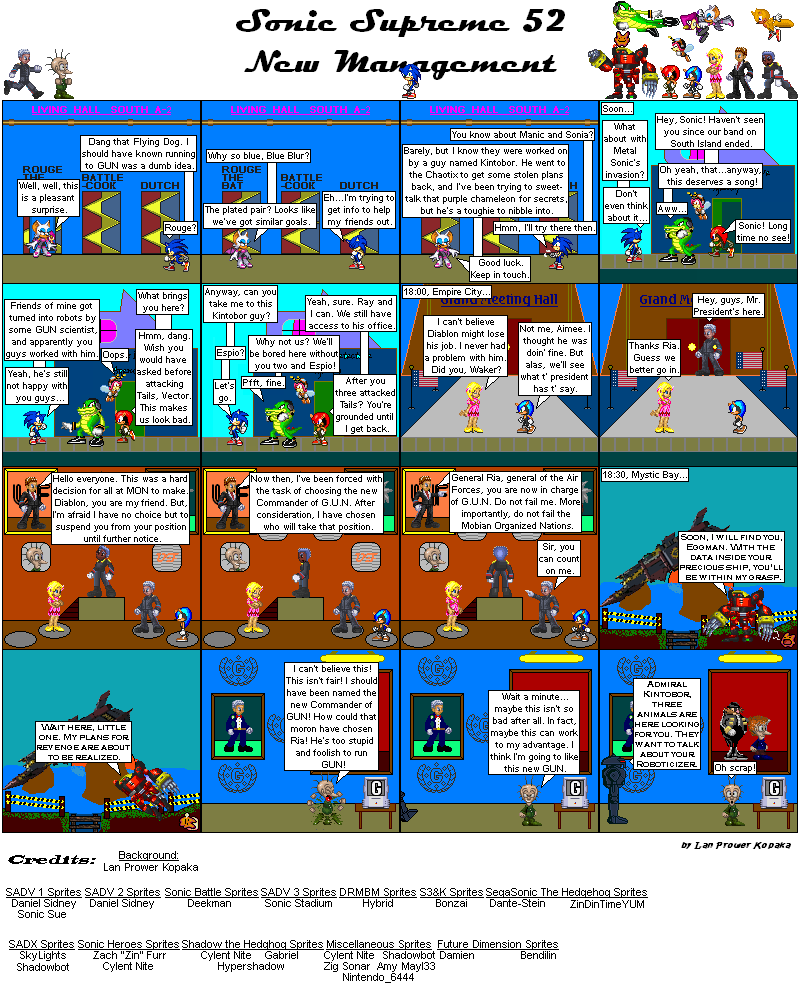 So Snively's got a scheme in the works, but will his visitors stop it before he can even reveal it?  :O

Anyway, I've got a lot to discuss in this one! Firstly, let's reestablish that MON stands for Mobian Organized Nations. I mentioned this back in issue 39, but I figure I should establish it again just in case. MON is basically the United Nations for Mobius, so they're nearly every country on Mobius joined together. Since GUN is primarily in the United Federation, that's why they had Mr. President take on the task of giving orders here. And yeah, it's not exactly fair to him when he's good friends with Diablon.

Speaking of which, yes, Diablon is suspended! It's definitely a strange decision, and it comes at a really bad time for him. He's made a lot of mistakes, as we've seen in the games, and just as he's about to make amends for them all, he's lost that chance. Who knows if he'll ever get another shot...besides me, of course. :P

Another noteworthy point...the pairing. I know, crazy idea to pair up Espio and Rouge, but I do have reasons. For one, as Rouge points out, it's merely Rouge trying to drill Espio for info. And for two, it originally was going to lead into a subplot. Unfortunately, it didn't really go anywhere, so I cut the idea and some scenes related to it. You can actually see those scenes here, if you so choose.