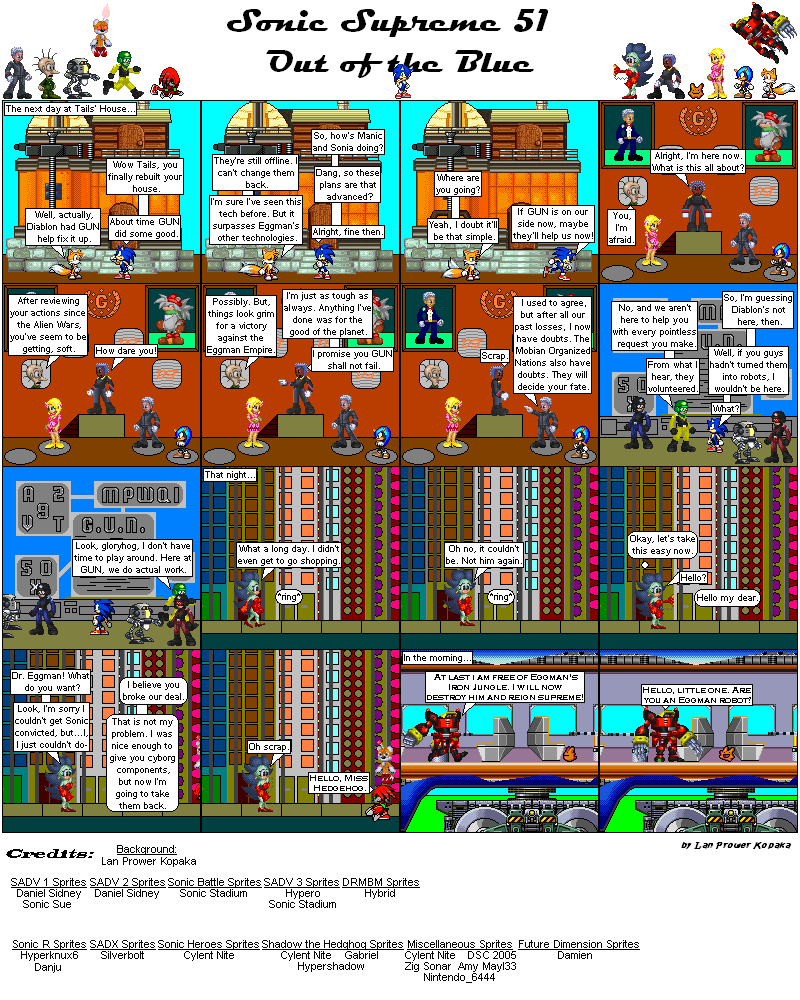 And at long last, we're introduced to Has Bean! Otherwise known as Carbuncle from the Puyo games. However, he has been in a Sonic game before, if you can recognize him. Yes, the little guy from Dr. Robotnik's Mean Bean Machine! So yes, that game is canon to the Sonic Supreme canon. While not everything from that game is correct (Robotnik DOESN'T have a cone head...), the majority of it could fit into Sonic's world. Although, it's probably easier to assume Eggman was really, really drunk when he came up with his Mean Bean Machine...you'd drink a lot too if a young little hedgehog somehow destroyed your entire plans to conquer South Island.

Also, we get to meet the members of the Upper Echelon, the five people who run GUN. The Space Admiral, Snively Kintobor; the Army General, Aimee Mayl; the Air General, Maximillion Ria; the Navy Admiral, Talon Waker; and of course the leader of the four is Diablon, the Supreme Commander.

Oh, and in case it wasn't obvious, the Alien War is the week-long war we saw in Shadow The Hedgehog (The Game).