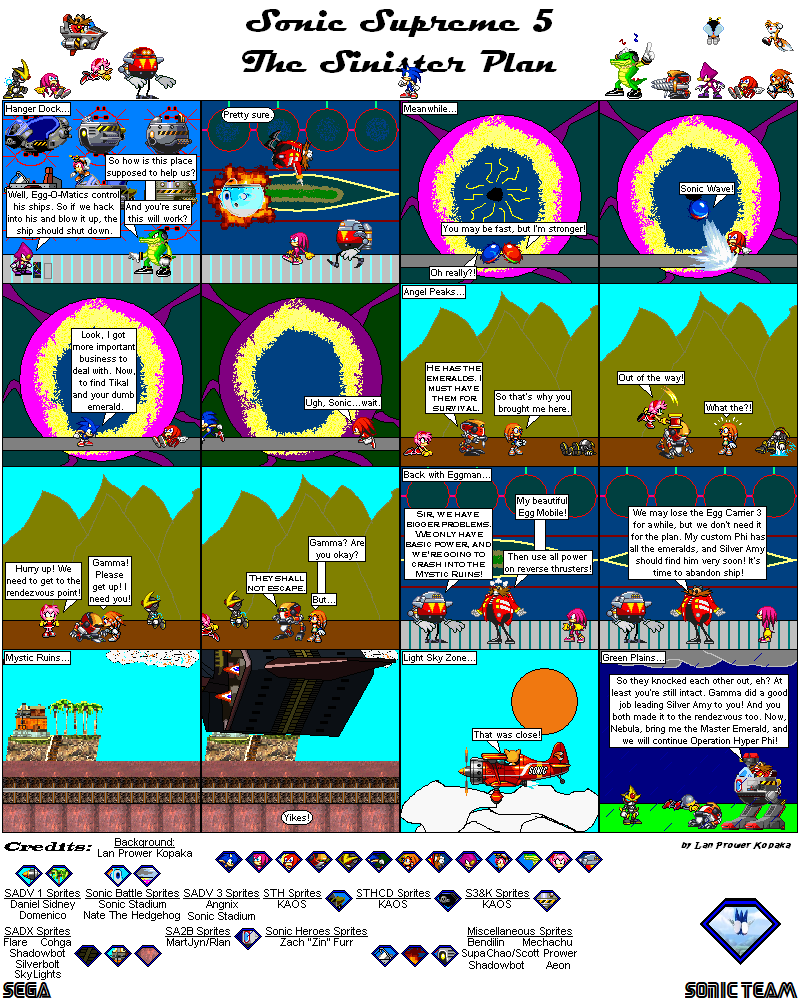 Operation Hyper Phi is quite the complex plan, so I'll try to elaborate. After finding and trying to exploit Emerl in Sonic Battle, Emerl disappeared. However, Eggman created copies of him called E-121 "Phi" as imperfect replicas. The one we saw in Sonic Supreme 1 is one made to look exactly like Emerl. Eggman knew Sonic would try to stop him, as usual. So that's why he made this Phi look like Emerl; Sonic would always hesitate to fight a brainwashed friend. This gave Eggman the chance to steal the Chaos Emeralds and Master Emerald more easily, all so he could make Hyper Phi. Basically, Chaos Emeralds + Robot = Profit!

However, he lost Super Phi in Angel Peaks on Angel Island (as seen in Sonic Supreme 2), so he had to have Gamma, a badnik Robotnik made to hunger for emeralds, hunt him down. Silver Amy would just follow along and track where he went until the time was right to grab Super Phi and run.

And of course, Silver Knuckles was there to get Sonic off Angel Island so Sonic wouldn't go emerald hunting.

And the reason Eggman, sitting in his protective Egg Biped, and his assortment of badniks are meeting at Green Plains is because it's right outside a major city. And one house...