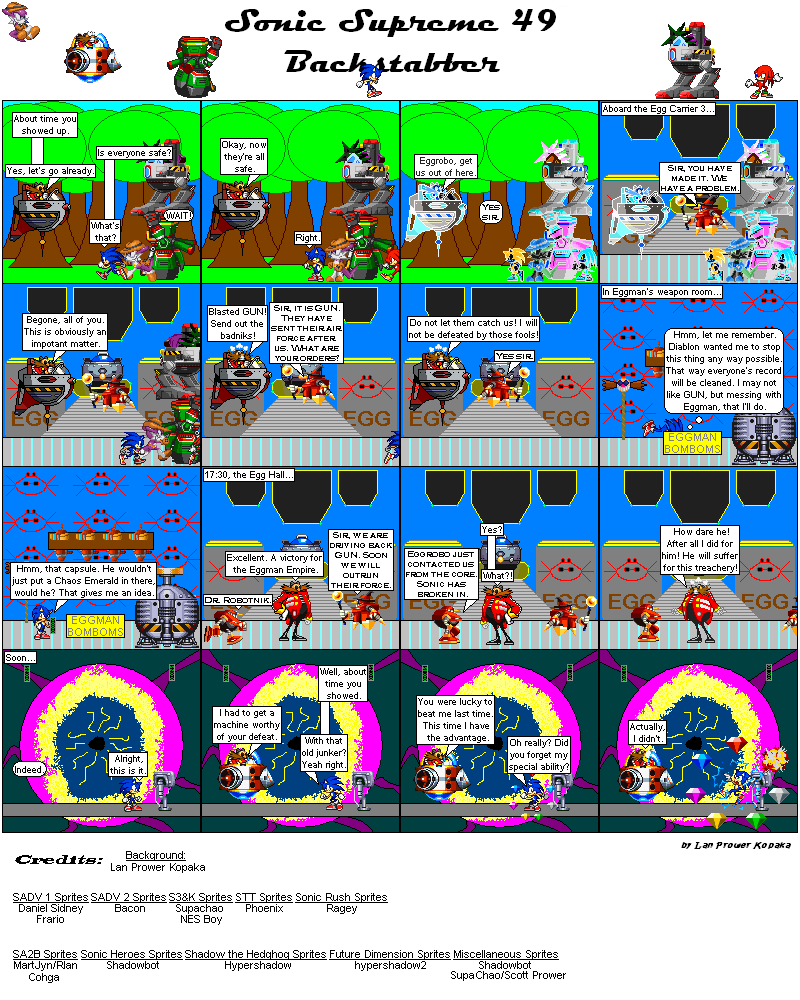 Woo, one more for the saga! We're nearing the close of the saga, and I have plenty to talk about in this one! Firstly, the Eggman BomBoms. It may sound weird (and it does), but it's actually what Eggman named his dynamite packs from Sonic Adventure 2: Battle. I couldn't tell you why he named them that (maybe like the candy bonbon, one is never enough?). I had some fun making those BomBoms, but it was a bit tougher than I first imagined. Either way, it's done, and I'm happy with it. :)

Secondly, we get to see another capsule! A real one this time, not like the boss Gapsule. Typically in Sonic games, the capsule is just filled with animals, but starting with Sonic The Hedgehog 3 & Knuckles, they started having rings and even badniks inside them. In this case, Sonic assumed he used it to store an emerald, and he was right! Except, well...it was a fake emerald. And as you may remember from Sonic Adventure 2: Battle, fake emeralds tend to explode when near all the real ones...

As a last note, what Sonic's talking about in panel 8 basically confirms that, if Sonic manages to stop Eggman, all his friends will be freed of their crimes of messing with GUN or consorting with Sonic while he was considered a fugitive. I guess Diablon finally seeing the light gives a bit more hope to the future of GUN. But yeah, just so you all know, every one of Sonic's friends are safely aboard. Why is that important? Well, aside from the obvious...you'll see next comic. ;)