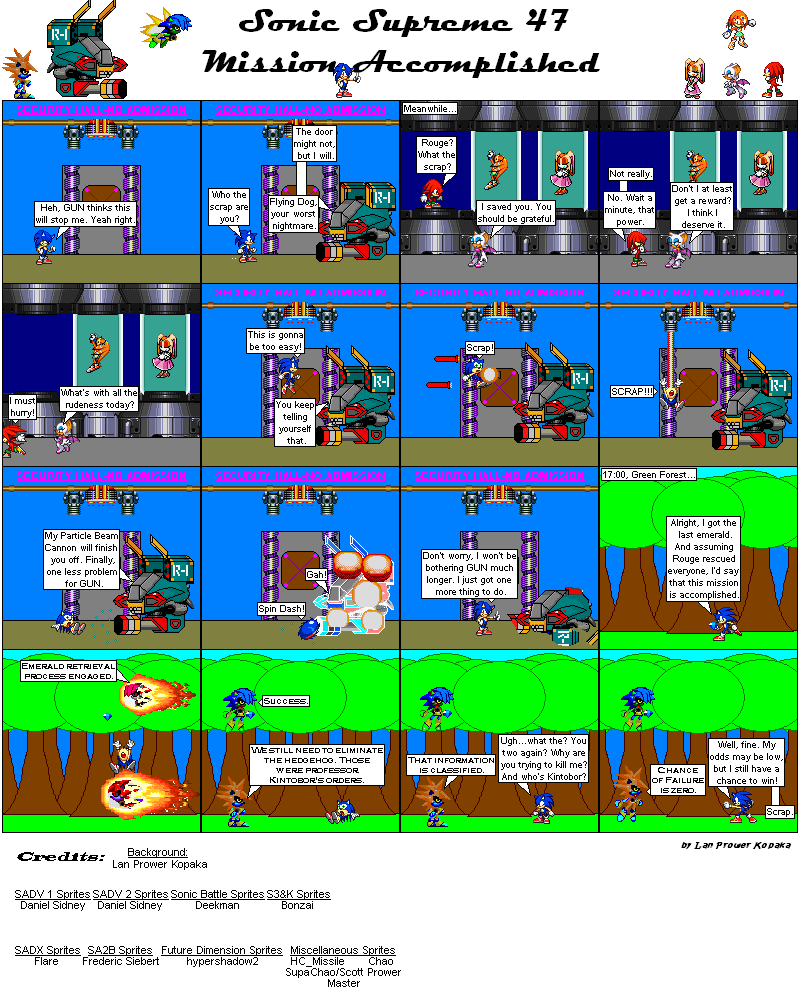 It was really fun to make this outside door to the Security Hall that Rouge was in Sonic Adventure 2: Battle. Plus it led to a fun fight scene. The only real problem with it is the understanding of perspective. It's actually important in this one, since Sonic being close to the wall means the lasers could hit him.

Now, there might be some confusion as to why, if Diablon was going to work something out with Sonic, is it that Flying Dog and the Robo-Twins are attacking Sonic. Well...IF Sonic agreed to something, it's so far only known between them. Sonic did beat up Diablon, so he's not in a position to call people off. But even if he does finally do it, it looks like Robo-Manic and Robo-Sonia are now after Sonic, on Snively's orders! Sonic's going to need a miracle to beat two Supers! :O