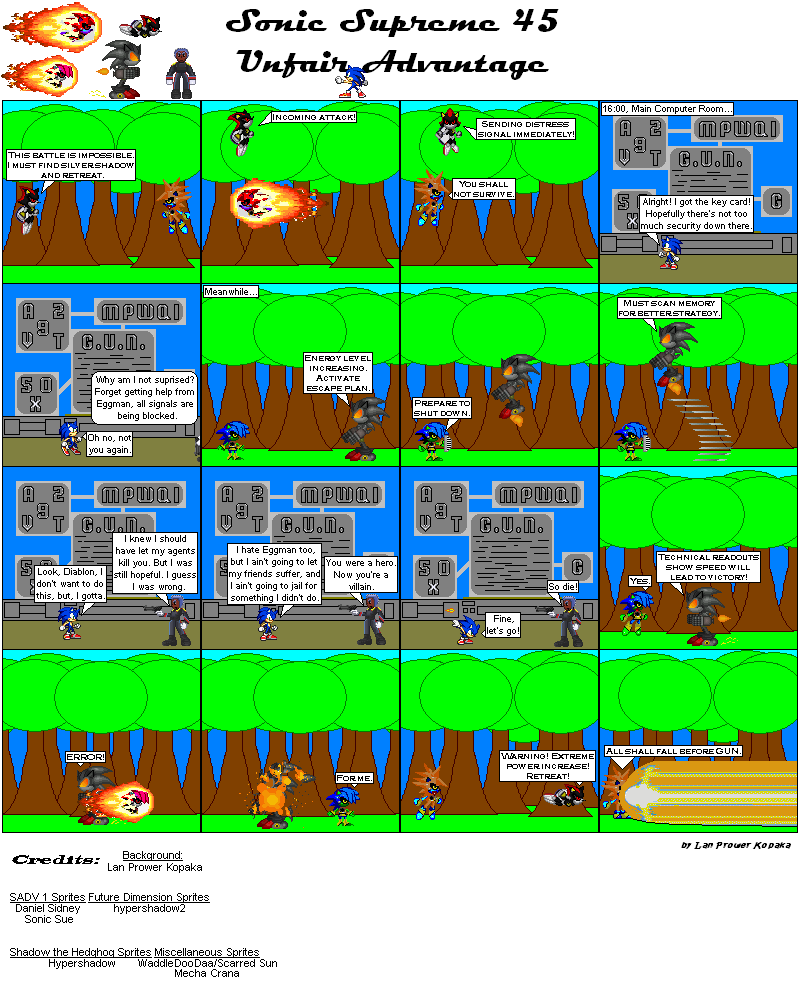 You know, it's a good thing Prison Island has some great gardeners, or they'd have quite the ruined forest. :P

This is kind of an interesting issue in hindsight, since it's really acting as the final battle between GUN and Sonic. It's been something of an ongoing war between the two since Sonic Adventure 2: Battle. From GUN thinking Sonic was Shadow, to arresting him and causing all sorts of damage and chaos, to generally just getting in the way of things. Sonic and Shadow did get pardoned at one point by the President, and Sonic even worked with Diablon in attacking the Black Arms. But he got in trouble again after attacking GUNbots in Sonic Rush. So yeah, Diablon's overreacting, but he has a lot of issues to work out with Sonic.

There isn't too much else to say, other than good-bye to Silver Shadow and Metal Shadow. Let's hope Sonic can handle things without them.