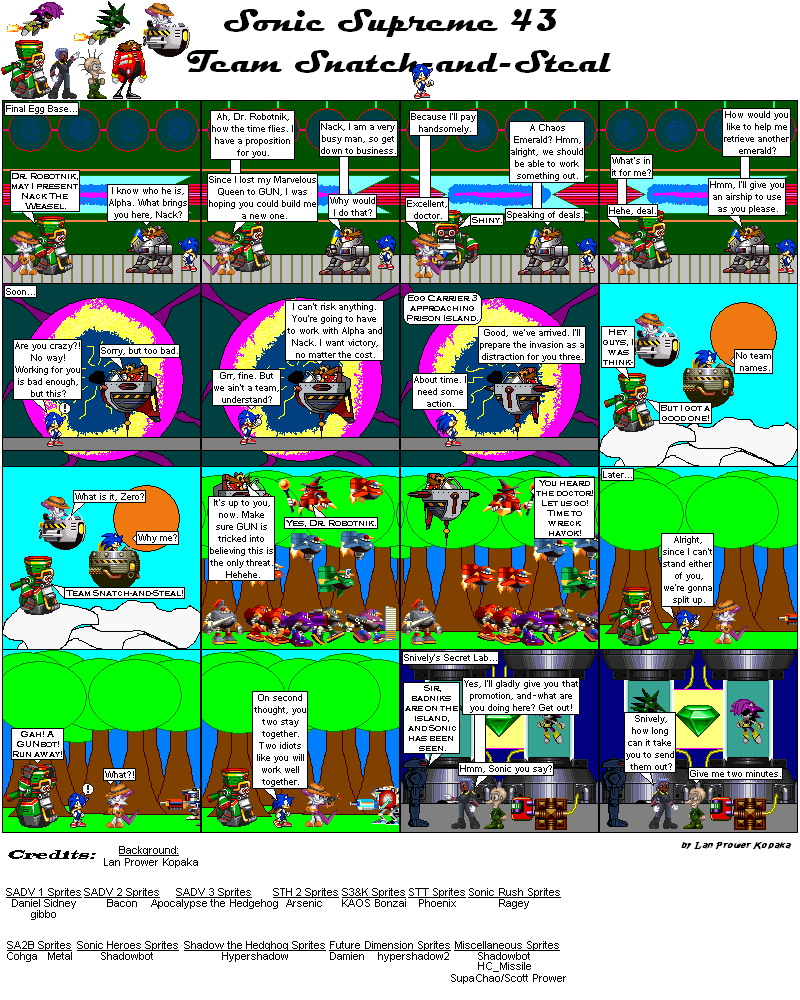 The name...oh, the name...if one thing is clear, ZERO is not a creative contraption. Speaking of him, while he prefers to be called ZERO, it's not his real name. Even Sega's official Sonic Channel website used to call him Alpha. I never did understand why ZERO was called ZERO and not E-100 Alpha, but oh well, I'm making it so Eggman calls him that.

Also, I find it hilarious that ZERO is afraid of GUNbots and wants to run from them, despite the fact that, in both games he appeared in (Sonic Adventure DX: Director's Cut and Sonic Advance 2), he was always chasing people around. An interesting delve into the psyche of a robot. :P

Nack's Marvelous Queen, which I unfortunately didn't get to show, is his personal airbike, although it doesn't really look like a bike. At some point he'll be reunited with his hovercraft, but at least until then he has an airship! Granted, you'd think Nack may not need an airship, but really, what better way to protect all the loot you've stolen over the years? Nack is definitely profiting off this deal...Right?