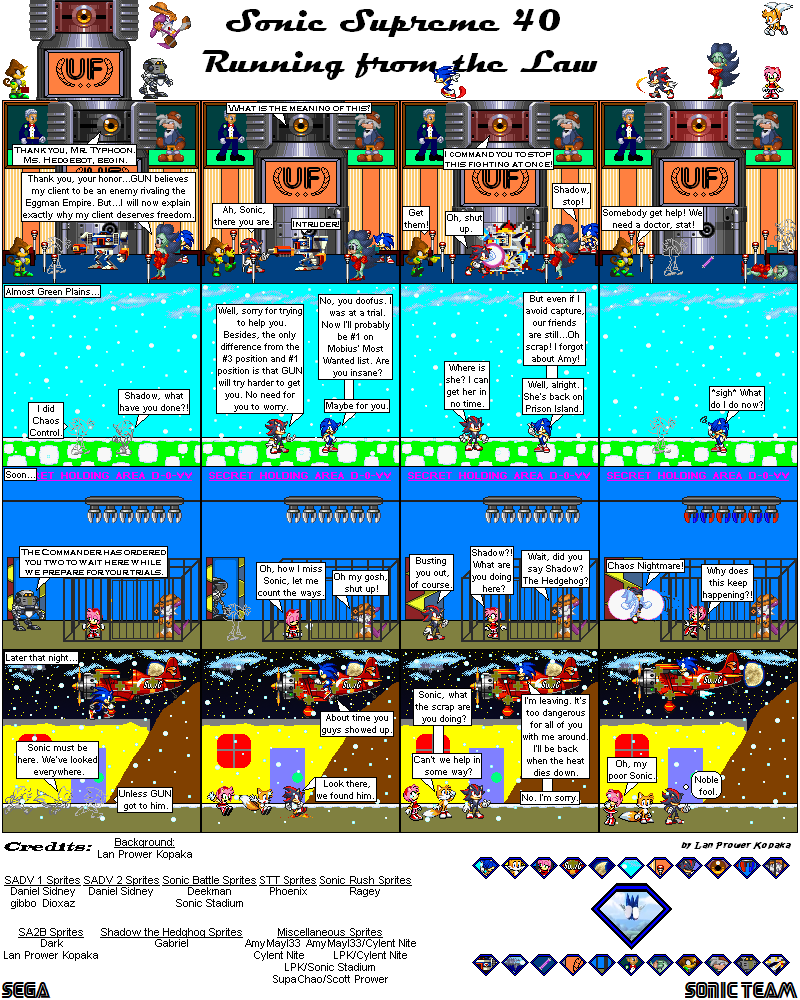 Politics? Who needs that? Chaos PAUNCH!

One of things that bothered me on making this issue is because of Breezie. Her hair just bugged me so much for when she fell, and at first I figured it was good enough, but I gave in and retried to do it. I think it's good enough now though. She is definitely one of the weirdest designs for a Sonic character, no doubt. I didn't really get much into her last comic...and I don't really want to add much. She's a lawyer, and she has a reason to be defending Sonic that's personal to her. Someday we'll learn why...

Also, Nack's shocked look at the reveal of Shadow's name is with good reason. As of this point in the series, people only really know Shadow for working with Eggman in Sonic Adventure 2: Battle and for fighting off the Black Arms in Shadow The Hedgehog (The Game). Some people are going to appreciate his heroics, while others are going to be afraid of what Shadow is capable of.

We also finally get to see another captain from G.U.N., Saturn, of the navy's Thornback Troop. I guess thornbacks are a type of shark...interesting.

Once again, thanks to AmyMayl33, my beloved sister, for that cage. I'm sorry I keep breaking it. :P