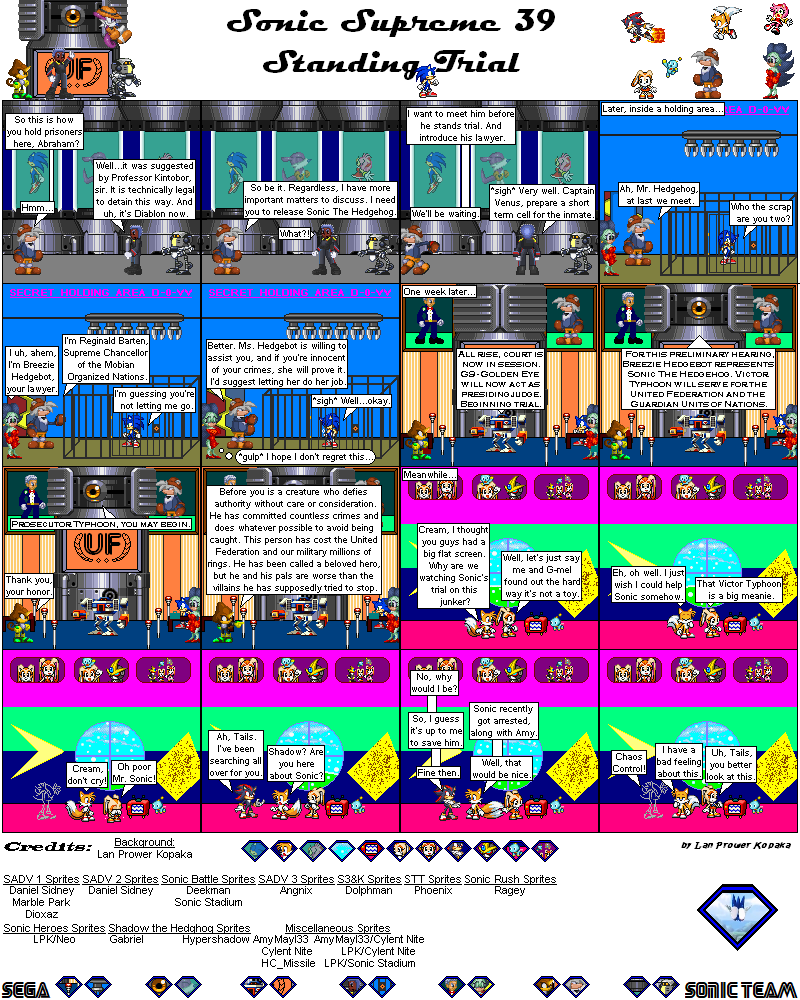 So one thing I've been doing with my comic is expanding and forming my own views on the government of Mobius, yet mostly I've only focused on G.U.N. With GUN I roughly established a hierarchy of Supreme Commander (1 person) > Upper Echelon (4 people) > Sergeant (4 people) > Captain (16 individuals, mix of people and robots) > and the remaining soldiers, special agents, robots, etc.

But for the political side, I've hardly grazed. So to simplify it until further notice, each country is a part of the Mobian Organized Nations, and as the Supreme Chancellor, Reginald Barten approves of any ideas, suggestions, decisions, etc. He can't make those, only approve them. On the other hand, the Mobian Organized Nations can't approve them, only make them and ask for his approval. It's a simple system, but it works for a comic about talking animals. :d

Also, we finally feature a new GUNbot, G9 - Golden Eye. He's actually based on Red Eye, a boss from Sonic The Hedgehog 3 & Knuckles, but since most of the GUNbots have gold eyes...yeah. In any case, he acts as the judge for high level cases, with him having the ability to download law information for any country. Basically, he can act as a political presence for any country. It's complicated...but that's law and politics.