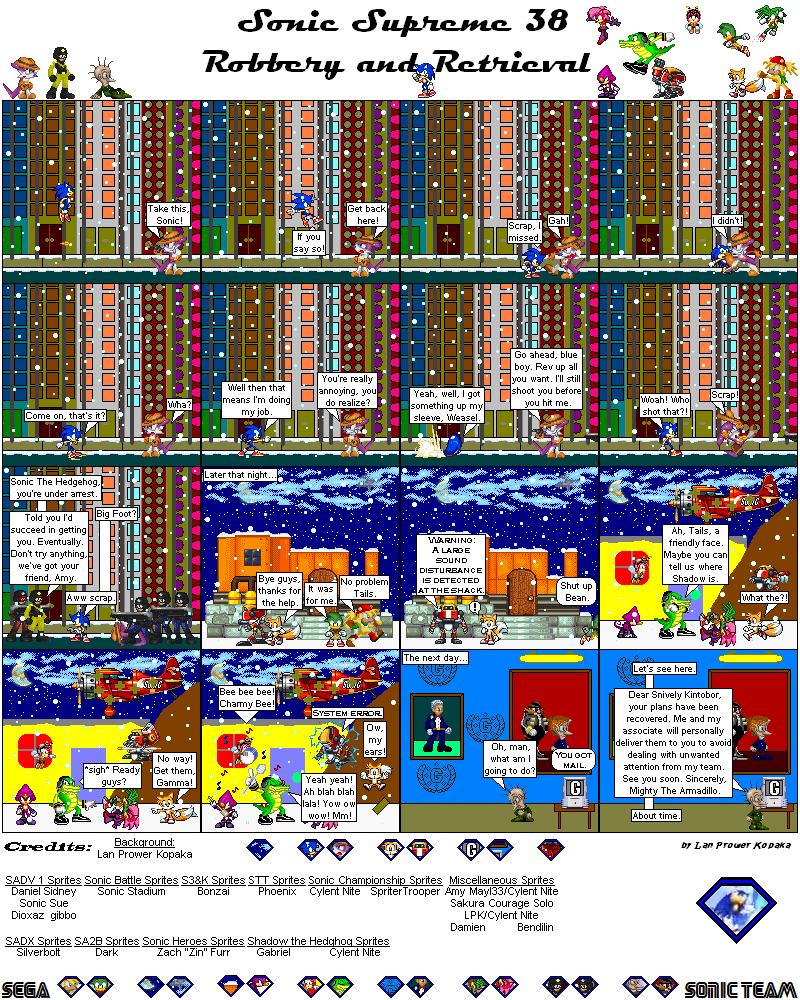 Sonic's been arrested?! Again?! :O Well when you're out fighting a known criminal in a public place and all, is it really that surprising? :P

The dialogue between Nack and Sonic has had different variations depending on, well, how I feel about the scene and what facts I could dig up. When I wrote this final version, it was alluding to a special move Sonic hadn't used yet, but wasn't something I was comfortable with creating yet either. Basically, it's supposed to be something from Super Smash Bros. for Wii U, but I still need to learn more about effects with Gimp before I attempt to make it.

And just like Big Foot said in Sonic Supreme 15, he finally got Sonic. As if that wasn't enough for a return appearance, we also see Gamma's back online! Tails fixed Gamma up, so while he's not at 100%, he at least doesn't "hunger" for Chaos Emeralds anymore. At this point, Gamma is a lab assistant for Tails, and considering the work Tails is...was studying, he'll need all the help he can get.

And yes, I told you I'd bring back the Chaotic Recital! But who would have guessed its second appearance would be against our heroes?! This can't bode well...