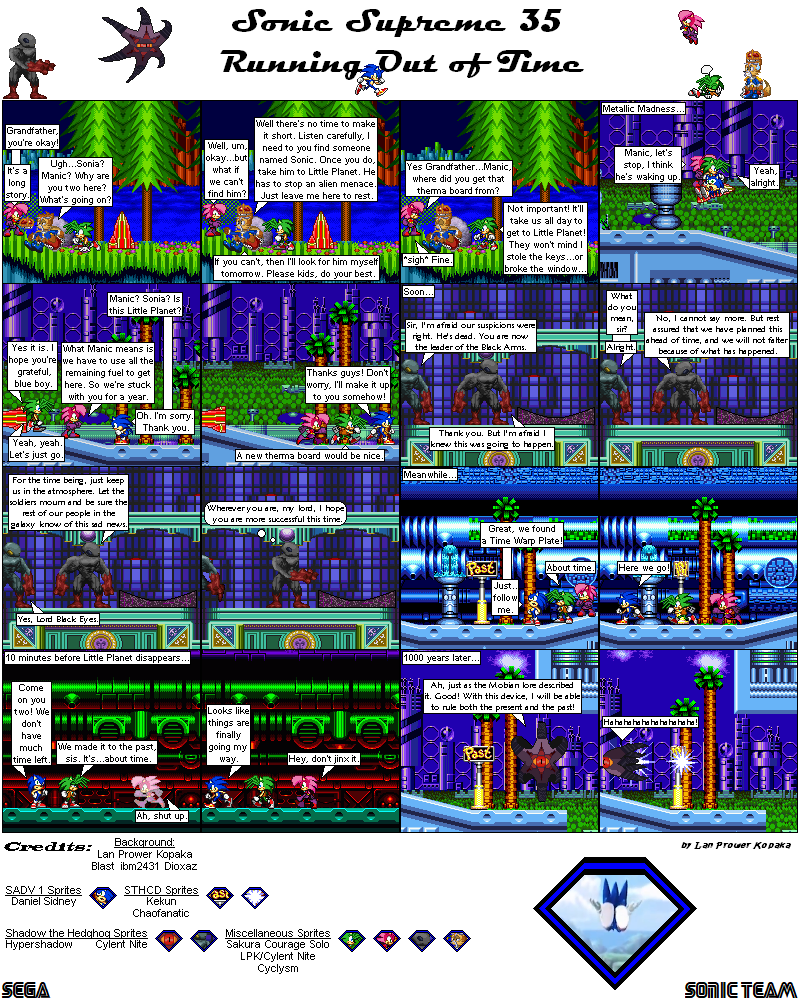 Well, looks like Sonic is going home! And Manic is still obsessed with therma boards, regardless of timeline...I don't think I've talked about those, but I guess they're some sort of hoverboard that runs on thermal energy. Sounds really dangerous...but it's the future, so I guess it's fine. We'll have to see if Tails makes one for him! ;O

And with the opening scene of this comic, things come full circle. Why did King Max say "Bring me Sonic The Hedgehog" in Sonic Supreme 26? Because he was trying to find him after uncovering the big conspiracy. Why was Mammoth trying to kill King Max? Because he knew too much! Why was the window broken? Because Manic is a thief! It all connects...

Also, Black Eyes clearly knows what's going on, but unfortunately he doesn't realize that his fate ends in tragedy. A lot of what goes on is obviously based around time travel, but at least in this franchise it's not super easy to use. Still, it looks like our heroes AND villain have figured it out. What dangers will Black Doom II present?! And will Manic get that therma board?! He really wants it! He's begging me for it, and I'm just the fourth wall! I guess we'll find out...eventually!