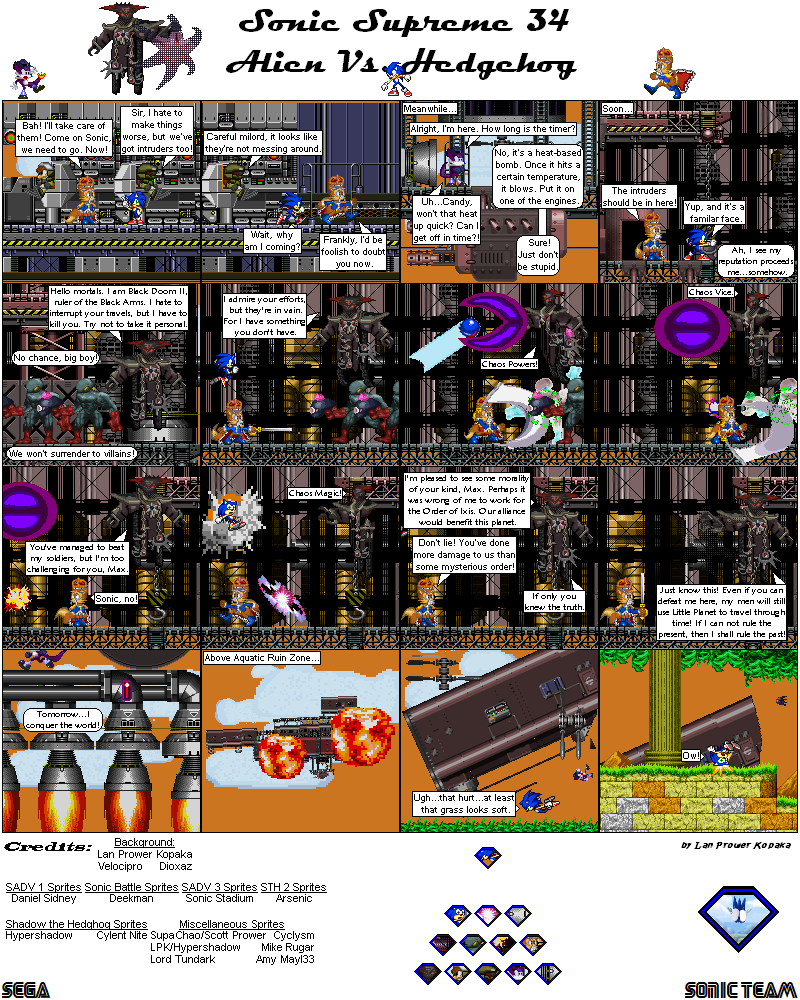 At last, we have Sonic Supreme 34! Chaos Vice is a new Chaos Power I made up. I wanted to show off some new attacks, so I thought that was a cool one. Catching an enemy and locking him in a ball that blows up, not too shabby, Black Doom II. See, unlike the squishy Mobians, Black Arms are more naturally inclined to Chaos Powers, especially Doom's breed of the Black Arms. And unlike his father from Shadow The Hedgehog (The Game), Black Doom II learned as many Chaos Powers he could.

Also, like Black Eyes, Black Doom II has a better moral center than others of his kind. Yeah, he's still trying to conquer Mobius, but if it's him or Mammoth Mogul...yeah, hard to choose which leader is going to cause more harm in the long run. And with mentions of the Order of Ixis, threats of time travel, seems like lots of things are being established for future stories...