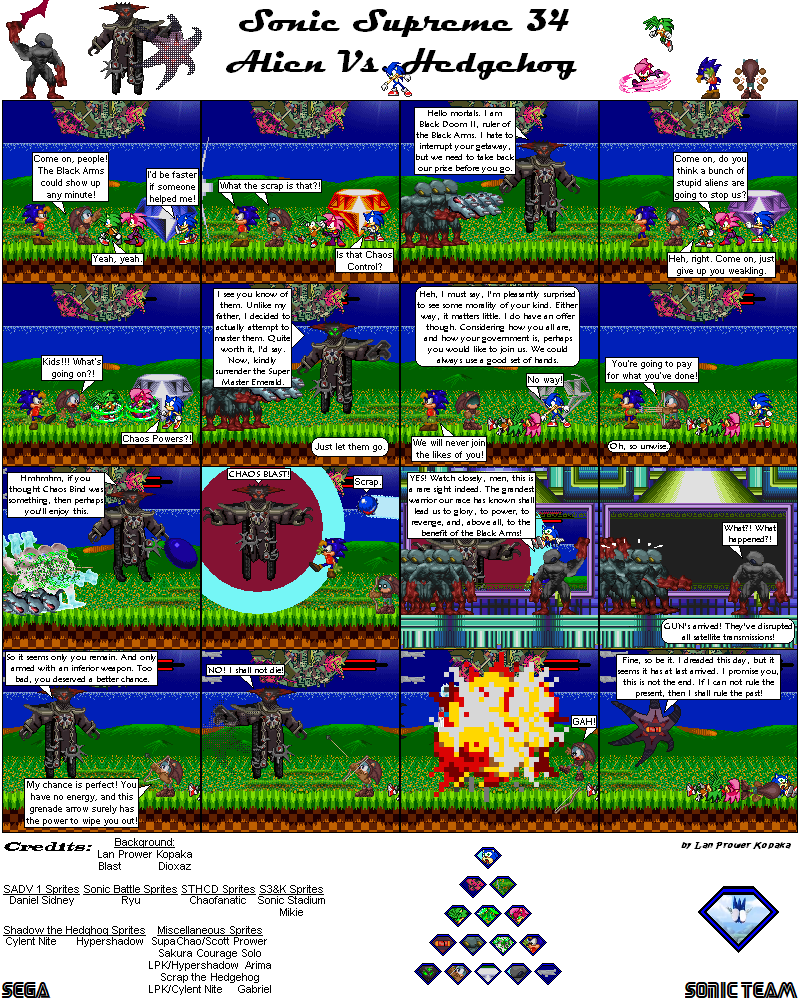 At last, we have Sonic Supreme 34! Chaos Bind is a new Chaos Power I made up. I wanted to show off some new attacks, so I thought that was a cool one. Grabbing an enemy and leaving them tied up, smart move, Black Doom II. See, unlike the squishy Mobians, Black Arms are more naturally inclined to Chaos Powers, especially Doom's breed of the Black Arms. And unlike his father from Shadow The Hedgehog (The Game), Black Doom II learned as many Chaos Powers he could.

I was always unsure how to handle the Super Master Emerald. In fact, Hyper forms in general. Originally, I settled with blue, mostly because it looked good and was my favorite color. >_>

However, I decided this was the best way to do it, and I like it well enough. As for why the Master Emerald is flashing different colors despite being Super, it's because the power it bestows would give you a Hyper form, and that's what Hyper forms do. Usually. *looks at Knuckles* :/