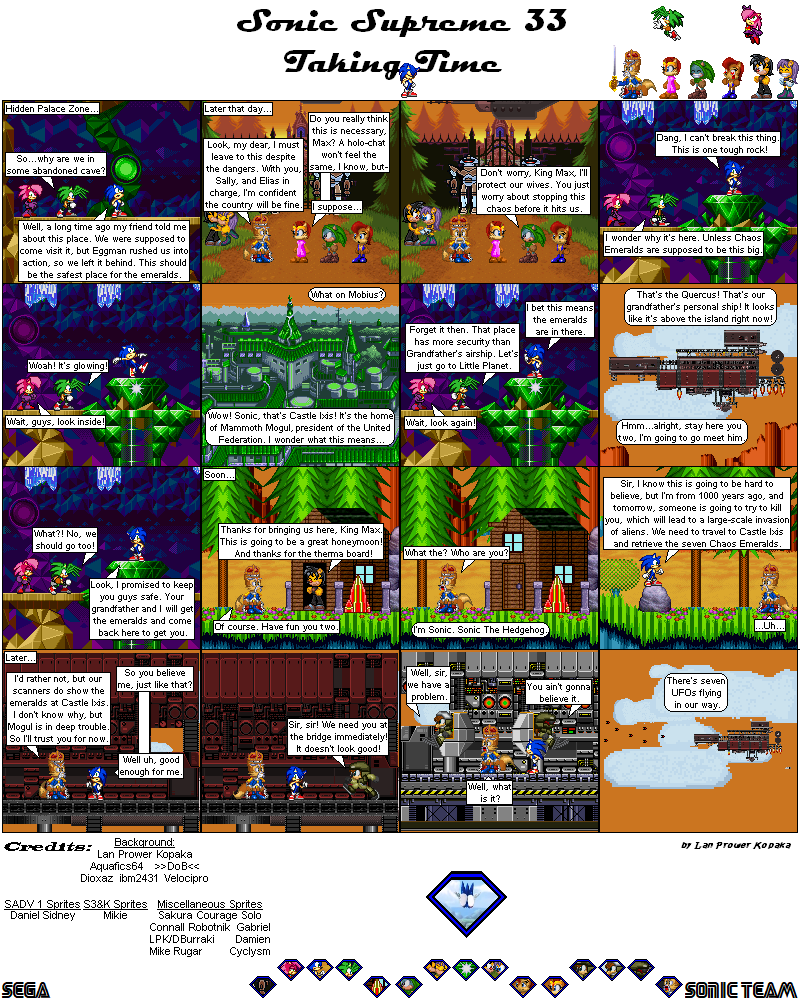 And so, finally, finally, Sonic goes to the original Hidden Palace Zone, a cut level from Sonic The Hedgehog 2. It has since been put into the enhanced mobile port of the game, but originally it was going to be in the original version along with an explanation for Super Sonic, or so I hear. It was kind of a eureka moment for me choosing that zone. The Chaos Emeralds, in this timeline, have been locked away for centuries, to avoid another Eggman Empire fiasco. Most people have forgotten they exist, and they were sitting here in the Hidden Palace for years...until a certain someone stole them.

The emerald Sonic's on that's showing Castle Ixis is actually a big controversial thing in the franchise, where fans wondered what exactly it was. If I remember correctly, it was an unbreakable object, but it was supposed to be breakable so you could continue on with the level. So, that's the joke here of Sonic being unable to break it. :P
​
Also, the Quercus, if anyone's interested, is the Latin term for oak tree, and since acorns are the "fruit" of oak trees...I think you get it. :P