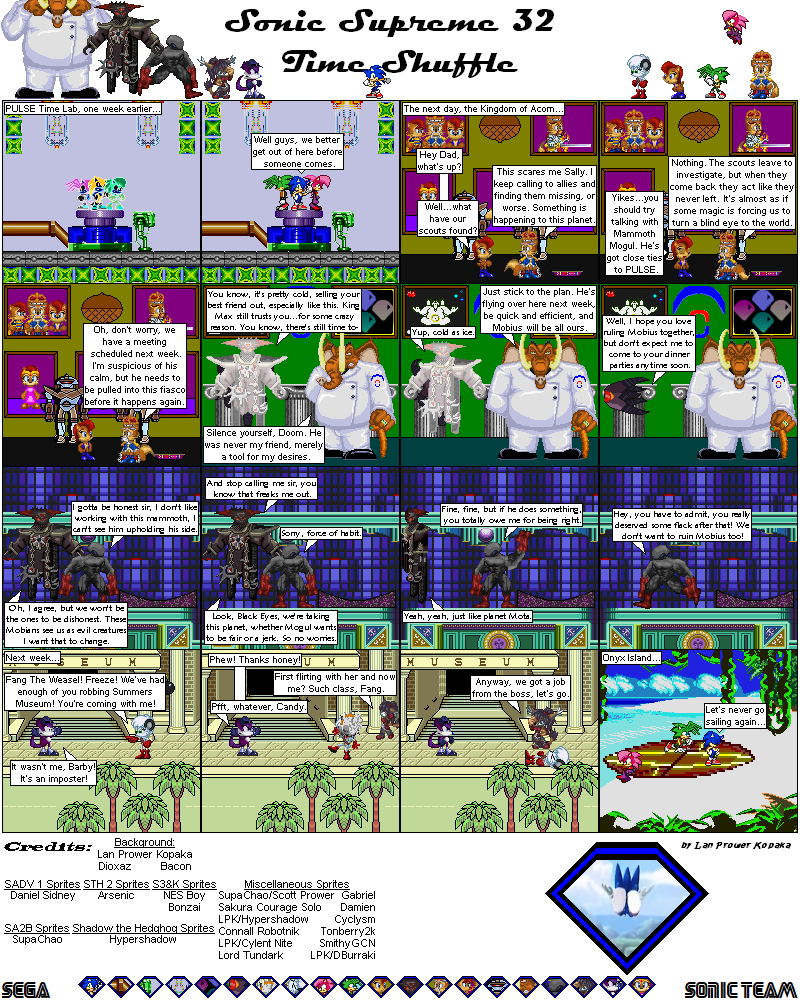 Well, we've gone back in time, and this time we see it from lots of points of view. Team Sonic Mania travels to Onyx Island, which if you know your Sonic Rivals, is actually Angel Island and Westside Island in the future. Personally, I never understood why they called it Onyx Island, but whatever, gotta go with the canon. :P

Meanwhile, we see the deal going on with Black Doom II and Mammoth Mogul, as Black Eyes mentioned in Sonic Supreme 30. Doom may be the ruler of the Black Arms, but even he has to question the honor of Mammoth. Mammoth is clearly not a good guy, and he's doing a lot of bad things here just for world domination.

As one last note, we also see Fang has a girlfriend in this timeline, named Candy. Candy is actually based off a variation of Honey The Cat, who is based off of Candy (called Honey in Japan) from Fighting Vipers. So basically I brought things full circle here on Sonic Supreme. :P