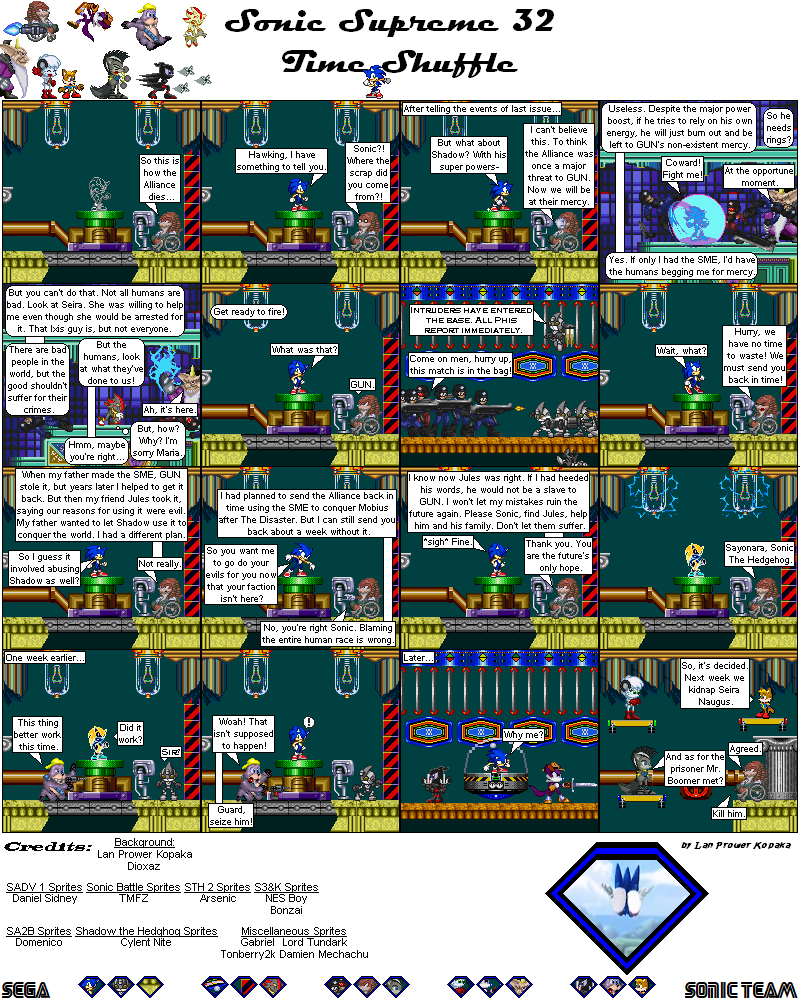 Time travel in a time travel story? Who would have thought? ;O  If you know me, you know I'm a huge fan of time travel stories, especially ones that MAKE SENSE. There are various stories that try and fail to make it work, and it's understandable; it's very difficult to get it just right. I myself messed this up back in the original cut, but I'm quite sure I've gotten the remake to be corrected, but if you're still confused, ask away!

As for the story itself, Sonic's now gone back to the time before Little Planet disappeared. In theory, this gives him the opportunity to head home now rather than help Hawking, but noble hearts push to be heroic.

Also, the Alliance base is still one of the funnest times I had making backgrounds. :D