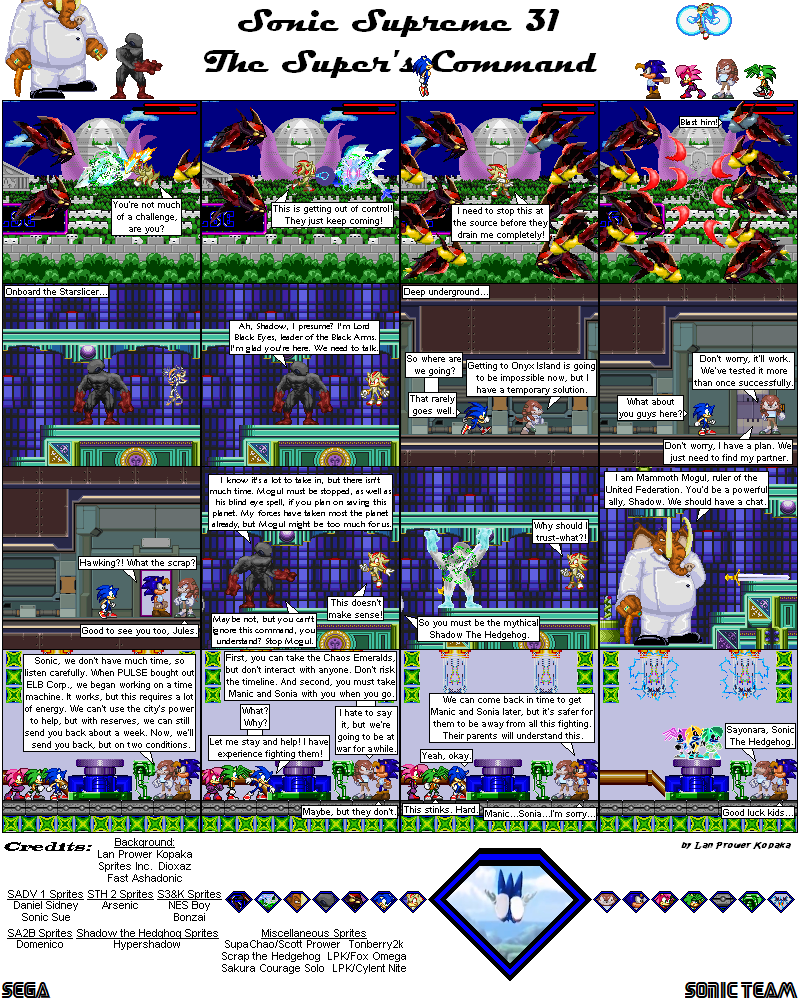 Back to the story! Alas, Black Eyes is killed, quite similar to how he did in a completely different timeline too.  I don't know why I like his character so much. I guess because he represents that there are good people in the Black Arms, and that it isn't just a race of ageless war-loving aliens. Either way, I'd like to show off more of him someday. How? Well, you'll see someday. ;)

I'm not sure of Mammoth Mogul's connection to swords, but he makes use of it in his sprites, so I gave it a quick use. Since Mammoth isn't a very mobile character, he won't be using it much, if at all after this, but he's got other techniques to rely on. Like Chaos Control, which is what he used to get aboard the ship. Though it is strange; usually you need a Chaos Emerald to use Chaos Control...hmm...

Also, ELB Corp.'s time machine. While I don't want to get into too many details, the idea is that it depends on way too much power to be worth using. It can only send a few people as we see, and the amount of power it takes means it can only be used briefly. Since Jules and Hawking didn't want to leave the city defenseless, they only used the available power and didn't drain the city. Time travel is still a science Mobians don't understand yet, and probably won't anytime soon.