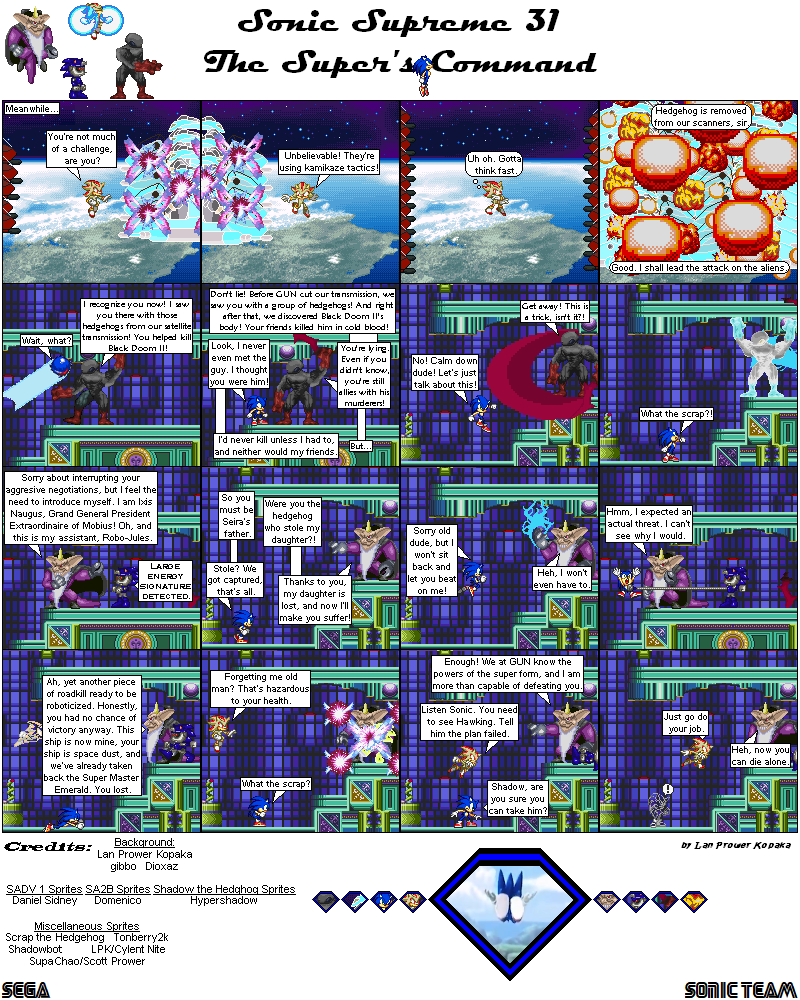 Back to the story! Alas, Black Eyes is killed, quite similar to how he did in a completely different timeline too.  I don't know why I like his character so much. I guess because he represents that there are good people in the Black Arms, and that it isn't just a race of ageless war-loving aliens. Either way, I'd like to show off more of him someday. How? Well, you'll see someday. ;)

Robo-Jules...I'm not sure if I'll get into this, but this was a concept I was going to elaborate more on, but I ran out of time. To put it simply, he's a roboticized version of a character in this future world. We may learn more soon...

Also, those SWAT Bots were all one day away from retirement. Eh, they were bound to die anyway. :P But the real question is: can Super Shadow really beat the commander of GUN, the ruler of the world, Ixis Naugus?