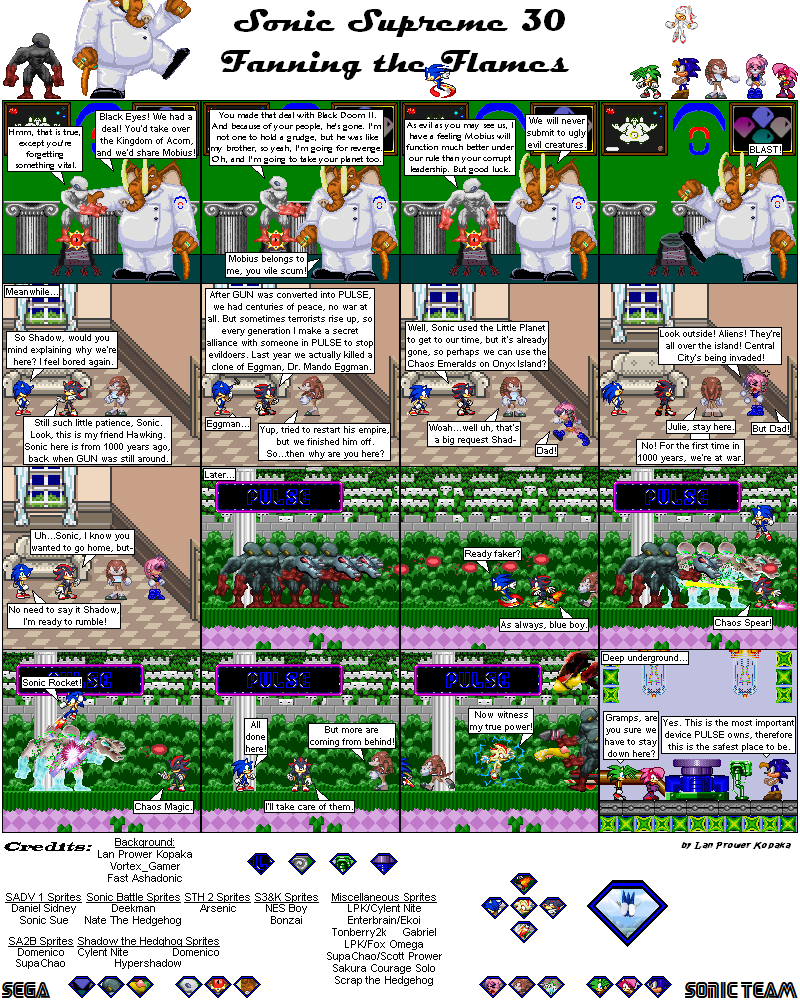 The end of another saga...and yet so much more awaits!

There isn't too much to talk about here. We get to meet Black Eyes. He's currently the leader of the Black Arms. If this is actually your first time hearing of them, they were the alien invaders from the game Shadow The Hedgehog (The Game). Basically, they came to invade Mobius because Professor Gerald Robotnik promised them Chaos Emeralds, he made Shadow to kill them, he did, but now we see they've returned 1000 years later. Although strangely, they were making a deal with Mogul at one point. Before Black Eyes took over, it doesn't seem to have been about revenge. How odd...

Also, that eye thing I made was kind of fun. Basically it makes the hologram so the Black Arms can communicate with whoever they want. So...yeah, I think that's about it...nothing else important...nothing else to talk abo--SUPER! SHADOW! Okay, okay, this I don't have much to say on either. Over the years Shadow learned how to go Super at will; it happens. ;D