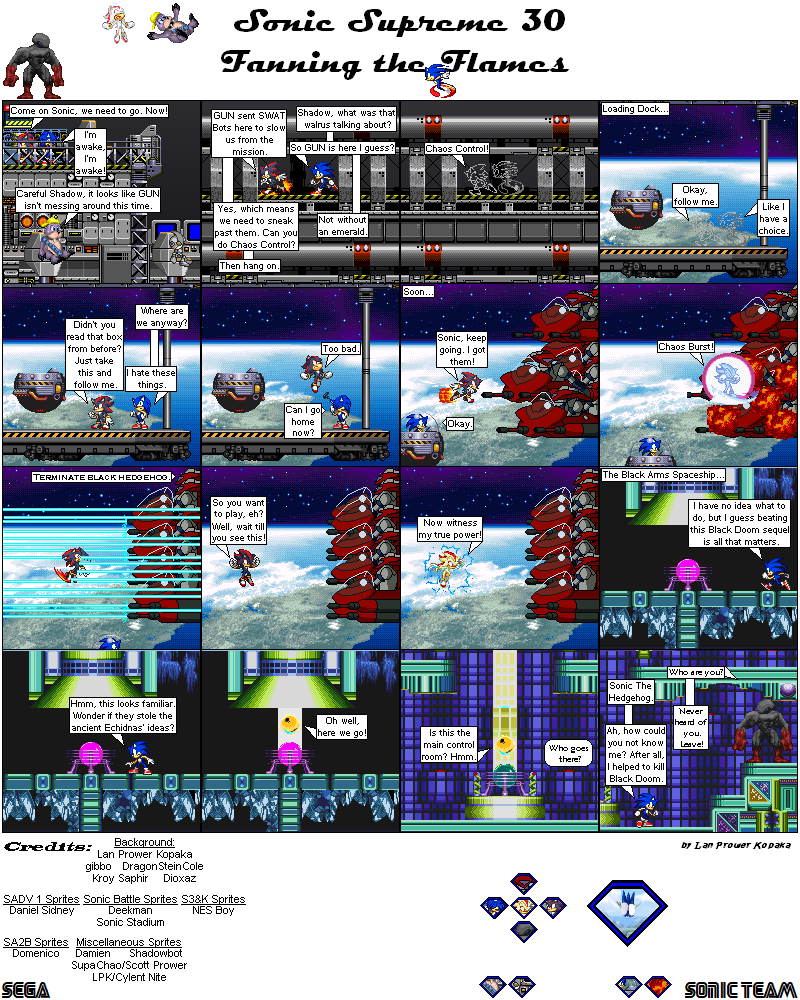 The end of another saga...and yet so much more awaits!

There isn't too much to say, it's mostly watching Shadow be awesome, and Sonic meeting Black Eyes. He's currently the leader of the Black Arms. If this is actually your first time hearing of them, they were the alien invaders from the game Shadow The Hedgehog (The Game). Basically, they came to invade Mobius because Professor Gerald Robotnik promised them Chaos Emeralds, he made Shadow to kill them, he did, but now we see they've returned 1000 years later.

The Time Saga has concluded, but the adventure goes on! Sonic's met Black Eyes, but where's Black Doom II? And can Shadow's mysterious ability to become Super at will help him save the day?! Find out in the next saga!